Der Ring des Nibelungen at the Bayreuth Festival - all the productions

Richard Wagner's main work is the tetralogy Der Ring des Nibelungen. Wagner wrote the libretto and music between 1848 and 1874. The four operas that constitute the Ring cycle are: Das Rheingold (The Rhine Gold), Die Walküre (The Valkyrie), Siegfried and Götterdämmerung (The Twilight of the Gods). 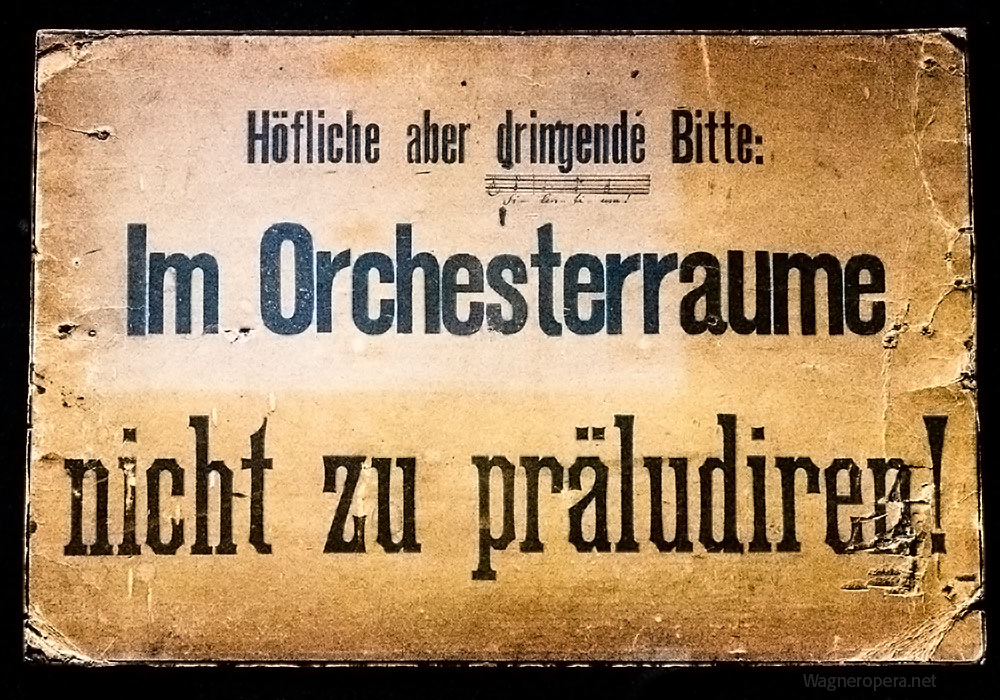 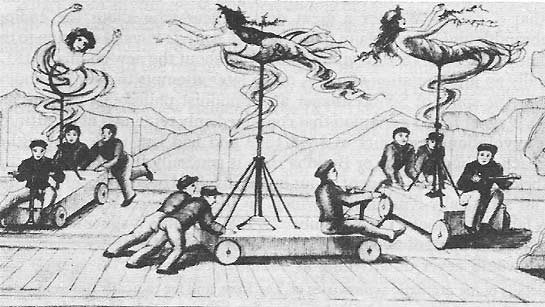 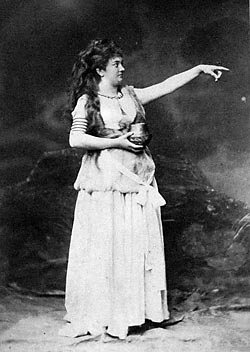 "Bayreuth’s special and much praised acoustic is actually only fully functional in Parsifal. It is certainly also one of the reasons why Wagner uses a style that is far closer to chamber music for this work. In the earlier pieces, composed for other stages, but also in the Ring, which elaborates far denser structures than Parsifal, and especially in Die Meistersinger too, one is aware that the Bayreuth acoustic is by no means ideal since it blurs the contrapuntal element of these works."
Hartmut Haenchen 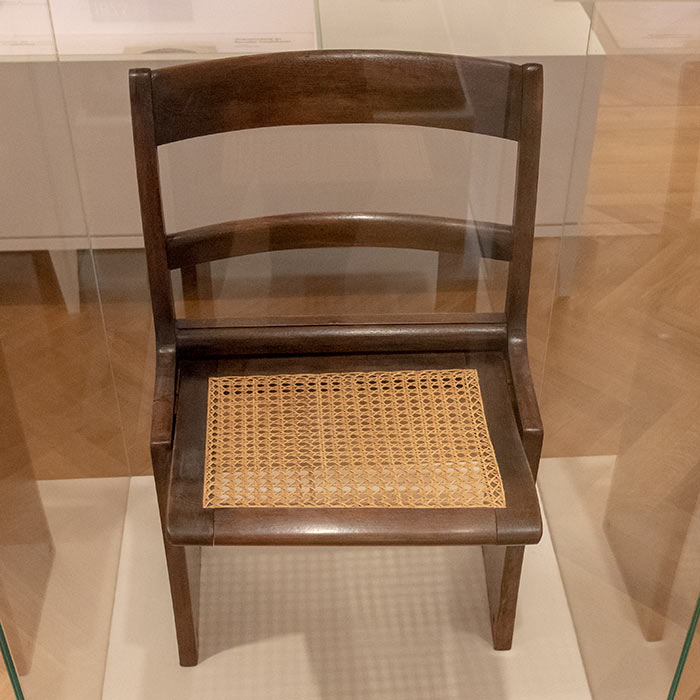 The first chairs at Bayreuth looked like this. (Villa Wahnfried Museum)

This was the first Ring not to be directed by a Wagner family member.

Before his Bayreuth debut as Ring director, Wolfgang Wagner had already directed the Ring at La Fenice in Venice. The basic visual elements were a concave and a convex disc, symbolizing the world of the gods and the Nibelungs. During the final bars of Götterdämmerung the destroyed disc was restored. Wolfgang Wagner wanted to have two naked people, but this was too bold for its time, according to Wolfgang. (See Wolfgang Wagner: Lebens-Akte, p. 208-209)

For this Ring Wolfgang  used a large concave disc – in German the Scheibe – which was soon nicknamed the saucer. But it did not remain a platform. It was also symbolic of the story, starting as the placid bed of a pool in the Rhine, it was later split and segments of it set at different angles. Each scene used the Scheibe in a different form, often roofed by a companion disc in various broken sections. Strife and suffering mark the development of the saga, and this design depicted the tumult of passions and events in bold, jagged shapes, until at the very end when the Rhinemaidens have regained their golden talisman, when all passion is spent and peace heals the passing of gods and men, the great disc sank back into its first simplicity. Bare and smooth it lay, under a silvery blue light. Of all the Rings I have seen in many different operahouses this was by far the fines ending of Götterdämmerung.
Penelope Turing: New Bayreuth (p. 63) 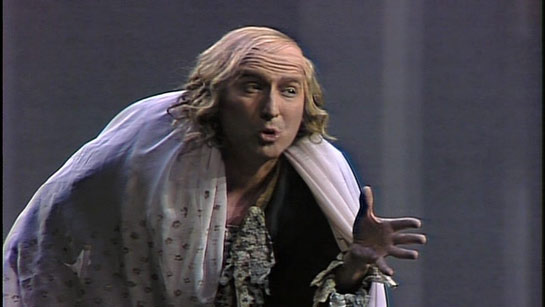 This was the second Ring not directed by a Wagner family member. The first one was Heinz Tietjen's production running 1933-1942.

Although some of the costumes may today look unavoidably ”1970s” in theatrical taste, Chéreau’s wonderful production remains an indisputable reference for all later Rings, and even (as the author J L Borges might have said) for all earlier ones as well! Today I can see that Chéreau’s emotionally intelligent ”Personenregie” is even more important than his historical re-reading of the drama. In his humanization of the roles, he brings out psychological nuances, ambivalences, doubts and desires that are matched (and surpassed) only by the relational complexity of the musical score itself.
Boulez’s famous transparency in orchestral texture, his rhythmic precision, lighter tempos, and his preference for woodwinds over strings, all contribute to a Gallic clarity of interpretation, evoking a modernist understanding pointing back to early French wagnerism and to Baudelaire’s aesthetical writings on Wagner in the 1860s. Still, in his conducting, Boulez is less avant-garde, less distanced and more emotionally expressive than he used to be before his Bayreuth experience started in 1966.
This Ring comes out extremely well on DVD, not least due to its humour, and to Brian Large’s magnificent TV production with its frequent close-up filming.
Erling E. Guldbrandsen

For anyone who would accuse Boulez of being a ‘cold’ conductor, listen to Act One of Die Walküre, once again with an unforgettable – not least visually – Siegmund and Sieglinde from Peter Hofmann and Jeannine Altmeyer. This is some of the most passionate Wagner one will ever see and hear. Boulez’s phenomenal ear clarifies textures yet, like Karajan, he is perfectly willing to broaden the scale and to intensify the emotional level when required. There is a host of other memorable performances, not least Donald Macintyre’s Wotan and Gwyneth Jones’s Brünnhilde. Yet it is the epoch-making nature of the production, resulting initially in death-threats for Boulez and Chéreau, which truly makes this mandatory viewing. Chéreau’s Personenregie is more or less unrivalled. His connection of the drama to its nineteenth-century political and social context is never didactic and often, even now, quite revelatory. Joachim Herz may have done something not entirely dissimilar in Leipzig but now the rest of the world had the opportunity to witness a searing mythological, historical, and contemporary drama, which unfolds mesmerizingly from the opening mise-en-scène (designer: Richard Peduzzi) of a Rhenish hydroelectric dam. Wagner production was transformed forever.
Mark Berry 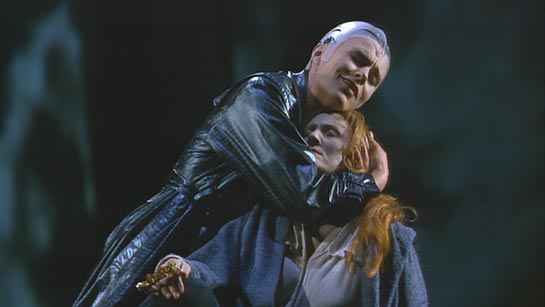 This is my favourite version of the Ring on DVD. I am a traditionalist, but this production changed my mind somewhat. Taking away the armour allowed the actors to create more realistic characters with their movement and actions. This production (1988) was also highly influential on the making of the movies Dark City and the Matrix. It is also the best sounding Ring on DVD.﻿

What a silly and ugly production. I wonder whether Wagner would recognize his own work (apart from the Music, of course)﻿

The producer has obviously not listened to the music. You can hear the flames in every note, and this hack comes up with laser beams? A shame that modern rings have become so tawdry.

This is probably my favourite portrayal of Siegmund and Sieglinde I have seen.  It is for me one of the most truthful realisations of their journey together.  ﻿

From a purely musical point of view, the performance is not bad, but the directing, the costumes ... and not talk about those antipathetic singers…

This was the worst Ring production I have ever watched. Mostly because of staging and the silly costume design.﻿

I went to see this same performance in Bayreuth. To date to me this still is the most memorable of all performances! It was simply magical and I loved every moment of it!

I didn't know Wotan was a pimp. He sure dresses like one.

Out of the three "Rings" I've seen, this at the top. 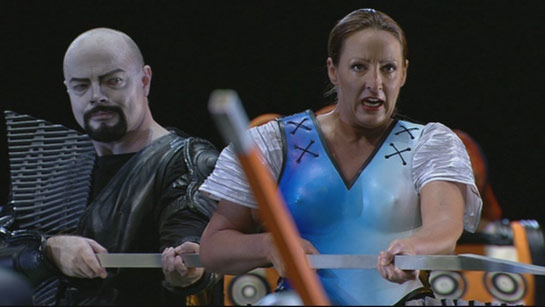 Only Götterdämmerung is available on DVD. 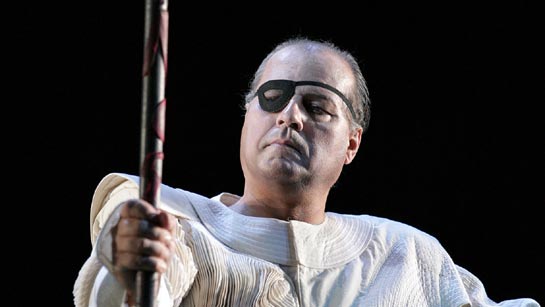 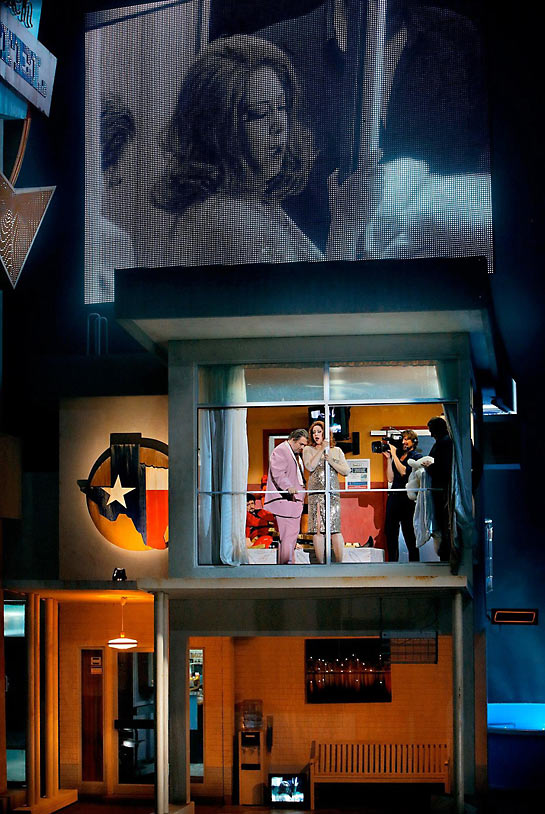 Aleksandar Denic’s magnificent scenography in each of the operas offers unlimited possibilities for vertical scenic activity. The intrigues of the gods are set against brash Western popular culture. Photo: Enrico Nawrath / Bayreuther Festspiele 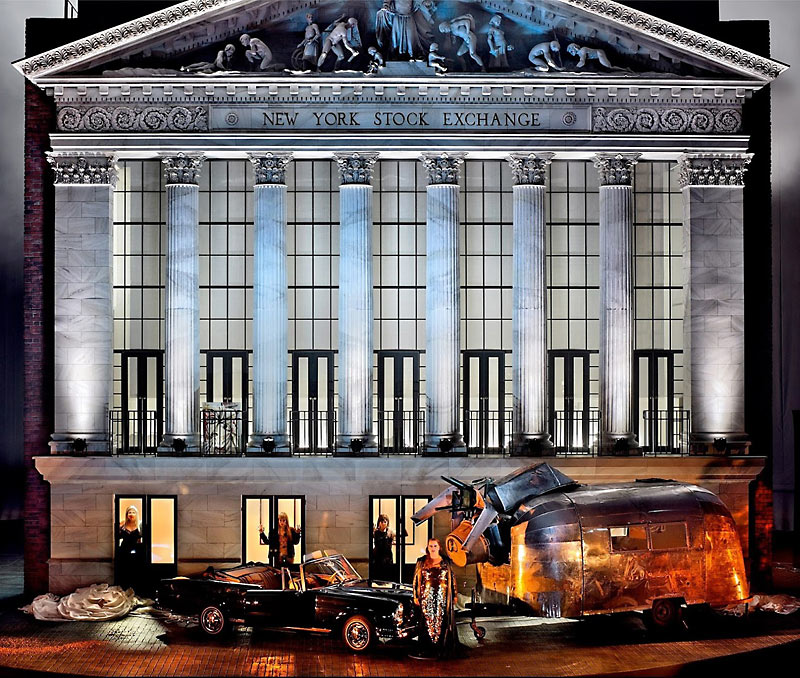 The Rhine Daugthers and Brünnhilde outside the Stock Exchange on Wall Street. Götterdämmerung. During “Starke Scheite” one of the Rhinedaughters carries a painting (Picasso?) out of the Stock Exchange building. Should we read this as a manifesto that art must free itself from commerce?
Photo: Enrico Nawrath / Bayreuther Festspiele

On The Wagner Journal's website you can read an extended essay by Edward A. & Paula M. Bortnichak on Frank Castorf's Ring production at Bayreuth. The authors discuss the bold interpretations of Wagner's works at Bayreuth over the last decade in the context of deconstructionist approaches to literature and theatre, concluding with a dramaturgical analysis of the Castorf Ring. This landmark article should prove invaluable to anyone intending to see the production, but will also make stimulating and enlightening reading for anyone interested in the staging of Wagner's works in the modern era. 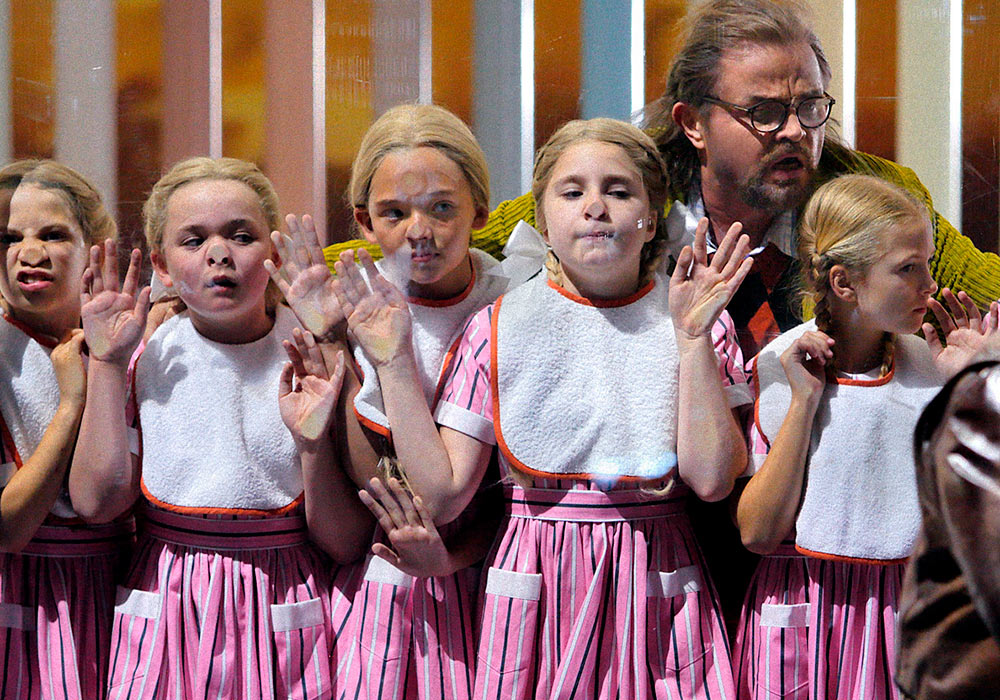