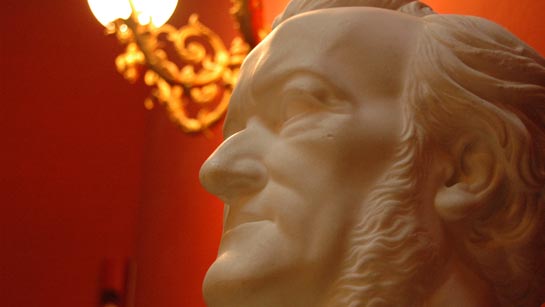 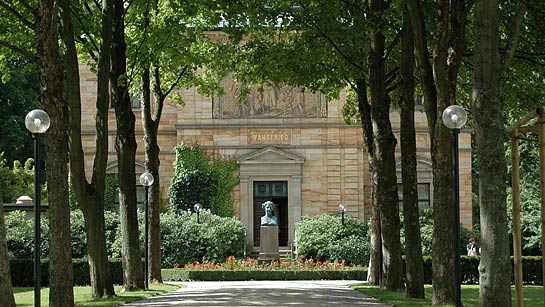 Villa Wahnfried: The entrance. Only the front of Wahnfried is still original, the garden side (see below) has been reconstructed. All photos from Villa Wahnfried by Per-Erik Skramstad with permission from the Museum.

Wagner and his family (Cosima, and the children Daniela, Blandine (from Cosima's previous marriage with Hans von Bülow), Isolde, Eva and Siegfried - moved in on 28 April 1874. Up until Wieland Wagner's death in 1966 Haus Wahnfried was used as a house for the Wagner family.

The exhibition at Villa Wahnfried has been much critisized for concealing the Wagner Festival's ties to the Nazi movement. When Wagneropera.net visited Wahnfried in 2008 only a tiny photograph of Hitler was to be seen. For photographs nearer the truth, see Der Ring des Nibelungen in Bayreuth von den Anfängen bis heute. 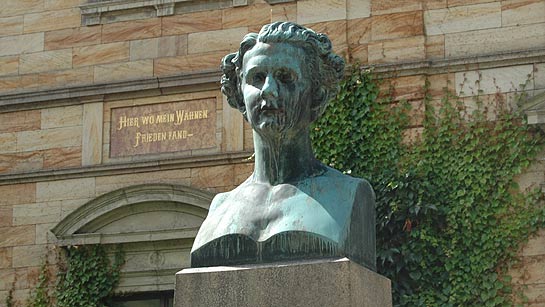 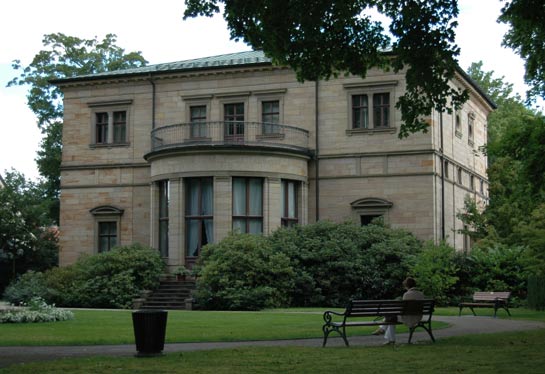 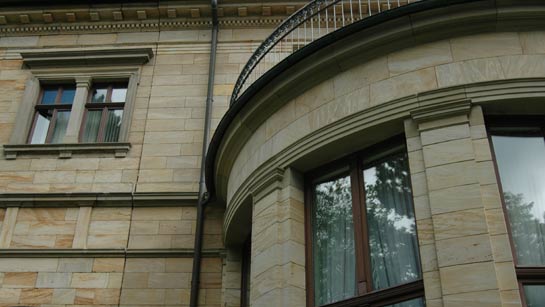 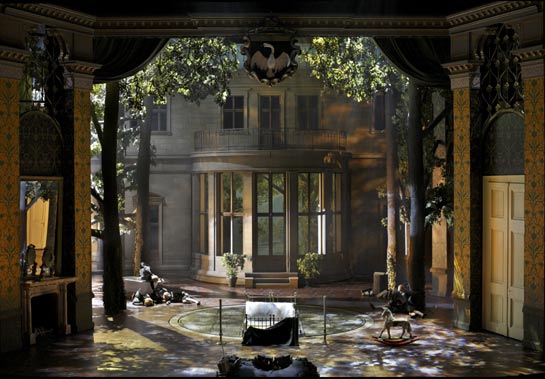 The garden of Villa Wahnfried served as sets for the beginning of Act 1 of Stefan Herheim's production of Parsifal at the Bayreuth Festival in 2008.
Photo: Enrico Nawrath/Bayreuther Festspiele 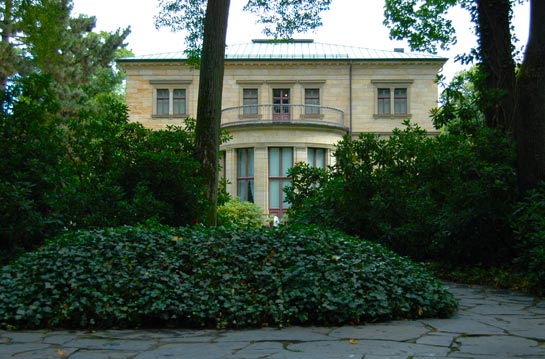 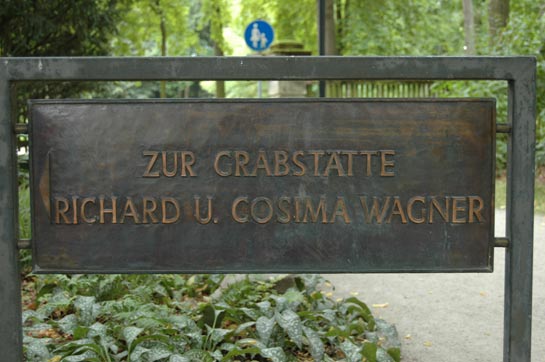 "To Richard and Cosima Wagner's graves." 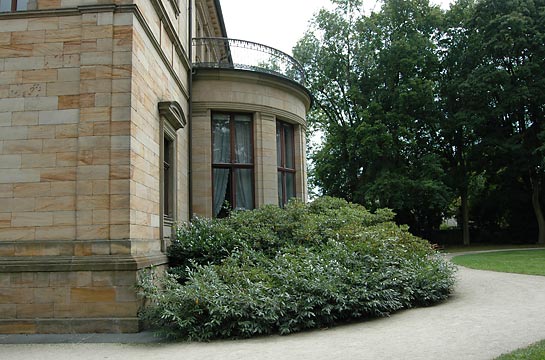 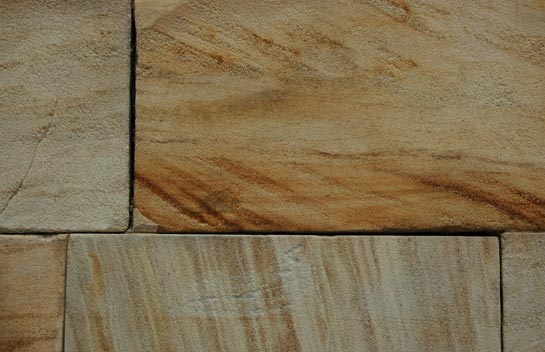 Detail of the stones used for the reconstruction. 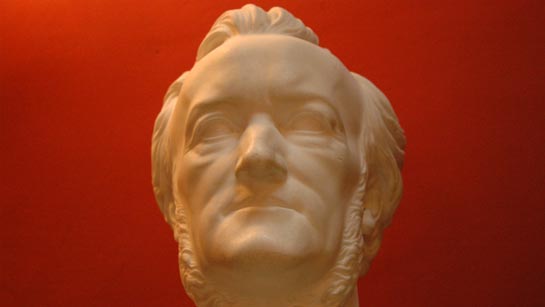 Richard Wagner. All photos from Villa Wahnfried by Per-Erik Skramstad with permission from the Museum. 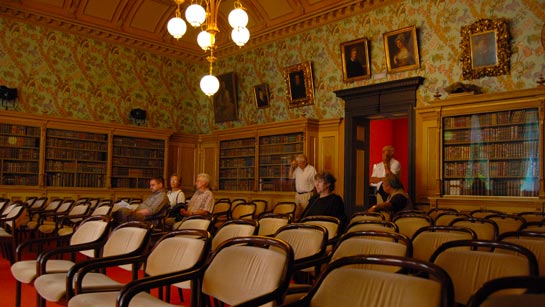 The library or living room. Now used for small concerts. 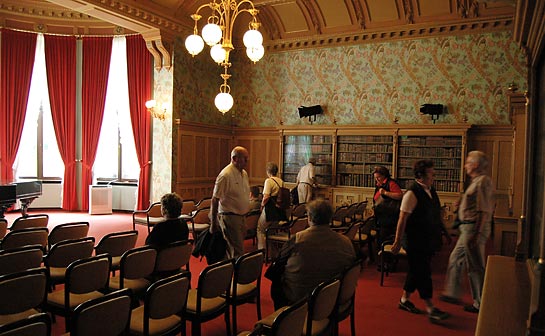 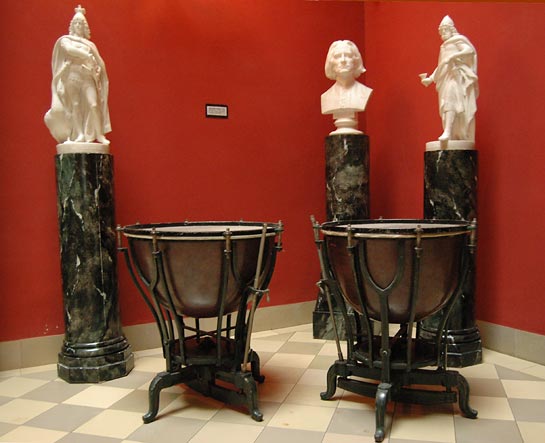 The kettledrums used for the world premiere of Der Ring des Nibelungen in 1876. 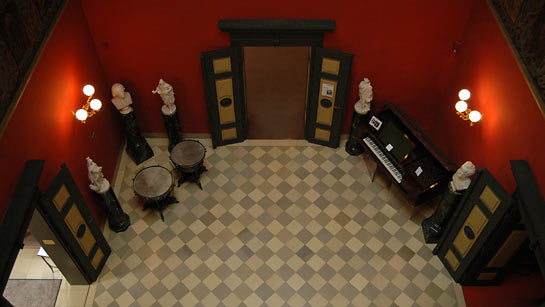 The first room you enter on the ground floor. 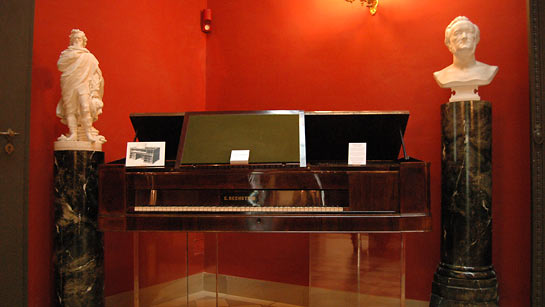 Richard Wagner's specially designed Bechstein piano. Wagner used this piano when he composed Meistersinger, Siegfried Act 3, Götterdämmerung and Parsifal. The piano was a present from King Ludwig II on Richard Wagner's birthday in 1864. 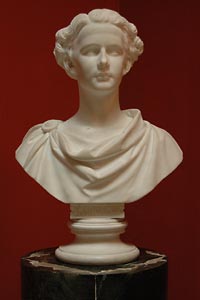 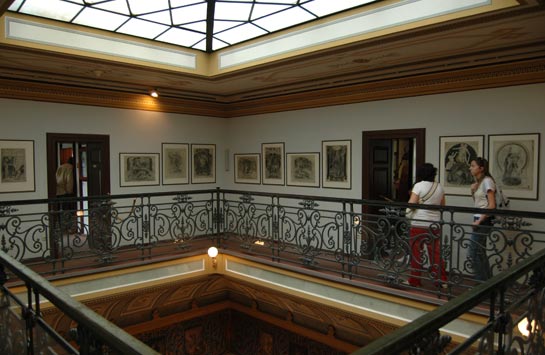 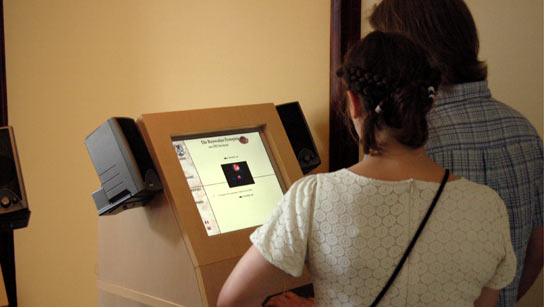 The museum at Villa Wahnfried has PCs available for the public with updated cast information. 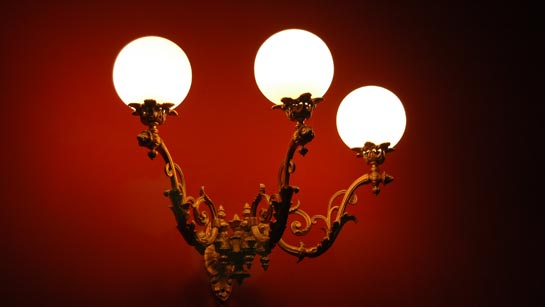