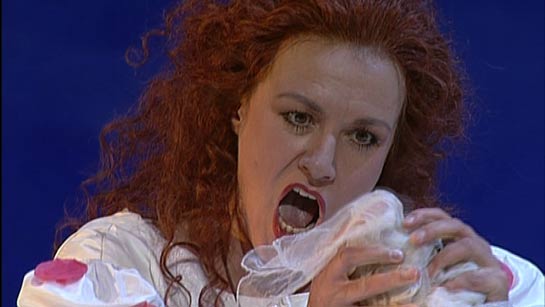 In the tenor Ludwig Schnorr Wagner found his ideal Tristan. However, Schnorr died only two weeks after the premiere. Wagner declared that he never would allow the opera to be performed again. The next time Tristan und Isolde was produced was in 1876 in Berlin. The first performance of Tristan und Isolde in Bayreuth was in 1886. 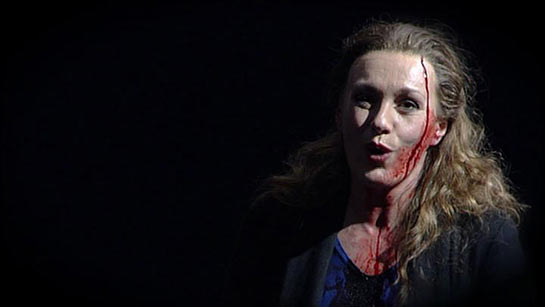 "I fear the opera will be banned – unless the whole thing is parodied in a bad performance – only mediocre performances can save me! Perfectly good ones will be bound to drive people mad, – I cannot imagine it otherwise."
Richard Wagner to Mathilde Wesendonck

My great love is Tristan und Isolde, and for that Wagner will have his place in the history of European culture because there he drops all his ideological bullshit, and all his dangerous sides. And finally he is really concentrating on his music and his poetry. And here he develops all his greatness. There is the Wagner that I am looking for.
Gottfried Wagner, TV documentary

"Tristan is not about 'being', it’s about 'becoming'. And it’s not an opera about love, but about death. The fear of death. This is the motor of the opera. There’s nothing more democratic than death."
Daniel Barenboim before his Met debut with Tristan und Isolde

"Singing Isolde requires a sort of state of being. You have to enter the Tristan und Isolde world completely. You have to give it 100% all the time. It's a big journey. It's a marathon."
Nina Stemme (The Guardian)

"You have to work yourself up into a lather at the start. But other times it's like flying. It's my favourite Wagner role, but you have to know what you're doing. You can blast yourself into bits in the first act and have nothing left for the third. It's very varied. It's like owning a huge chest of drawers and opening the one you need at each different stage."
Anne Evans (The Guardian)

"It's not one of those roles where you can just come on stage and turn on like a tap. You have to be revved up well before it starts. She goes off like a firecracker. But you still have to be focused at the end, when you have to produce your best singing of the evening."
Susan Bullock (The Guardian) 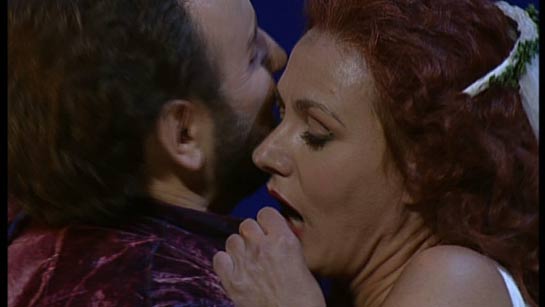 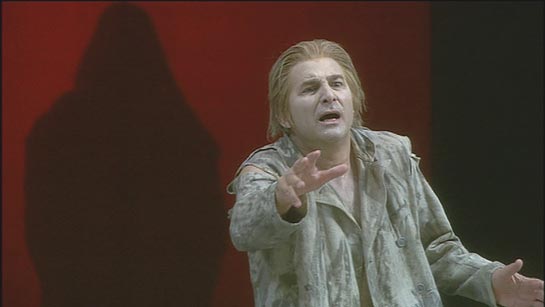 Siegfried Jerusalem as Tristan in Heiner Müller's production at Bayreuth (1993-99). 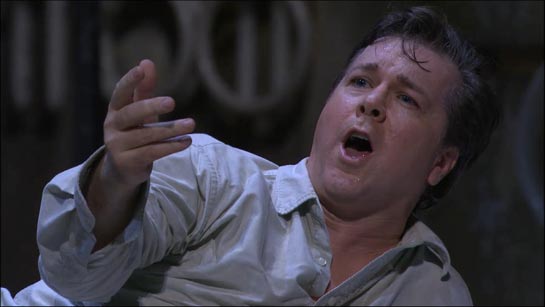