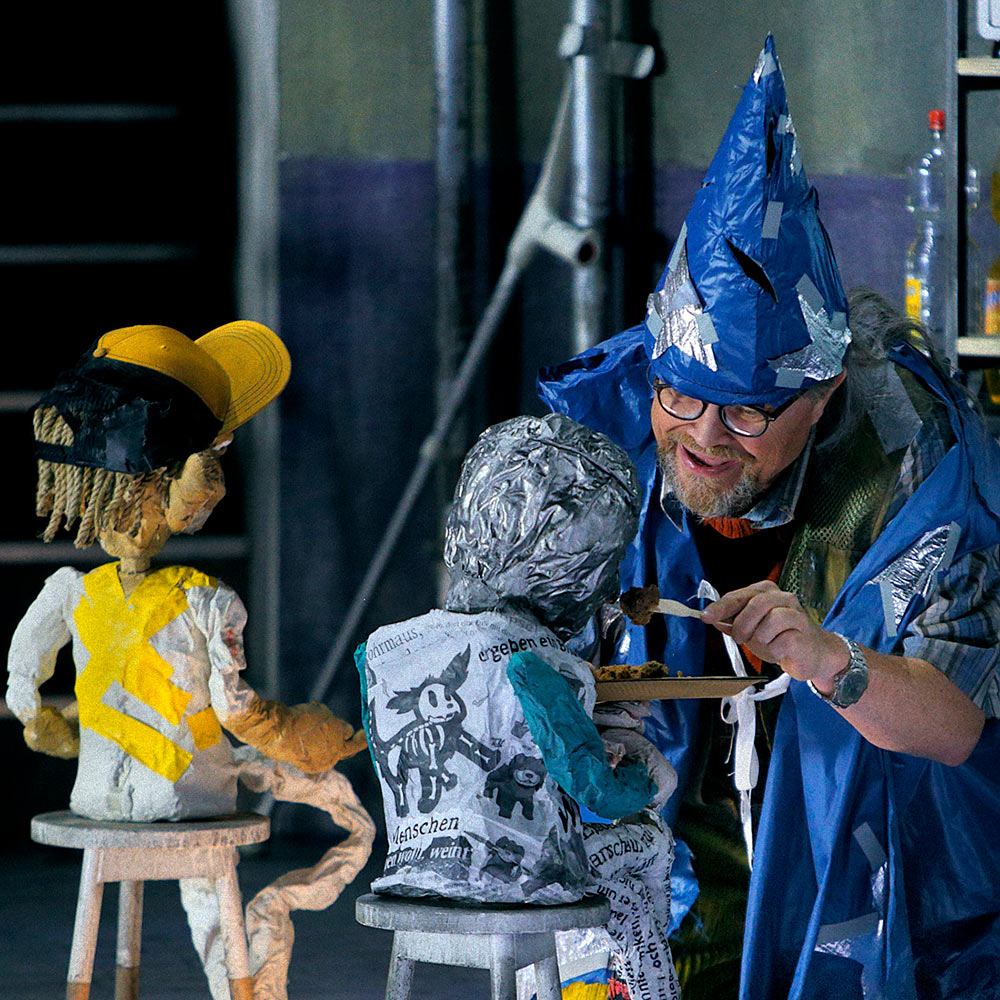 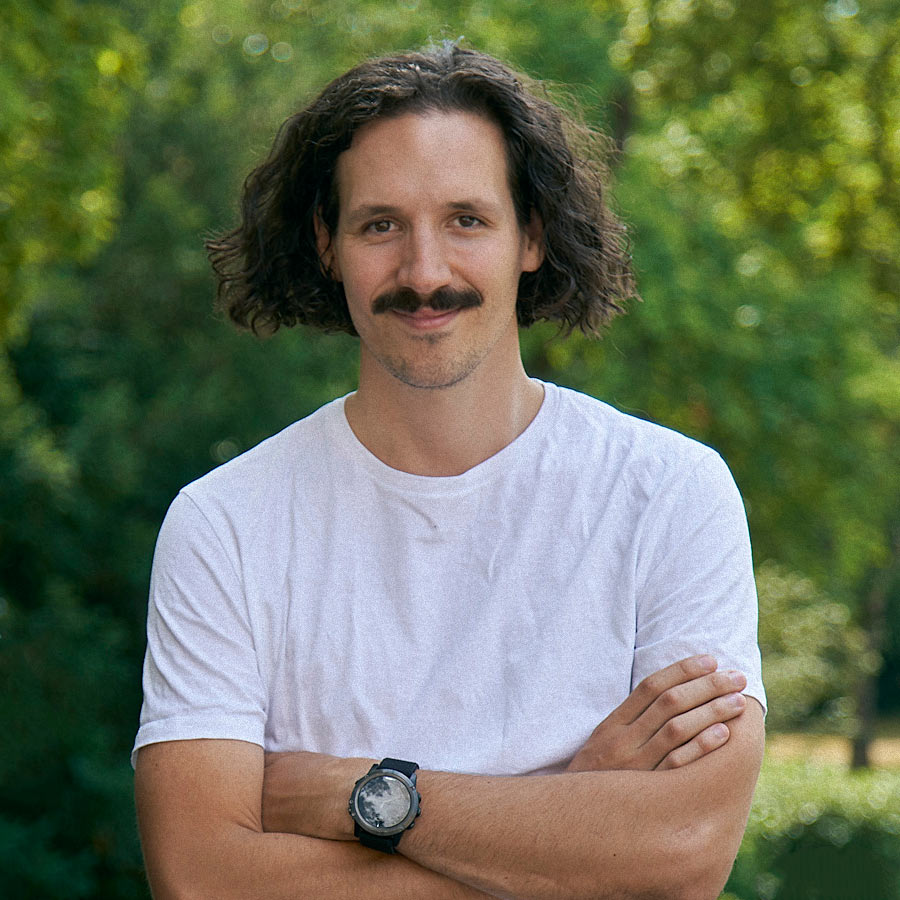 This Siegfried made for pretty miserable music drama, I am afraid, the considerable qualities of the music ‘half’ notwithstanding. In a peculiar way, Wagner’s vision was vindicated. His works are not operas, nor are they intended to be. They may well impress in concert performances or in audio-only experiences at home—phenomena worthy of greater attention—but they need to impress musically and dramatically in the theatre, the whole so much more than the sum of its parts. One never knows what might be pulled out of the hat for Götterdämmerung, but it is difficult to imagine that it can truly redeem the incoherent, often tedious parade Valentin Schwarz has set before us so far. 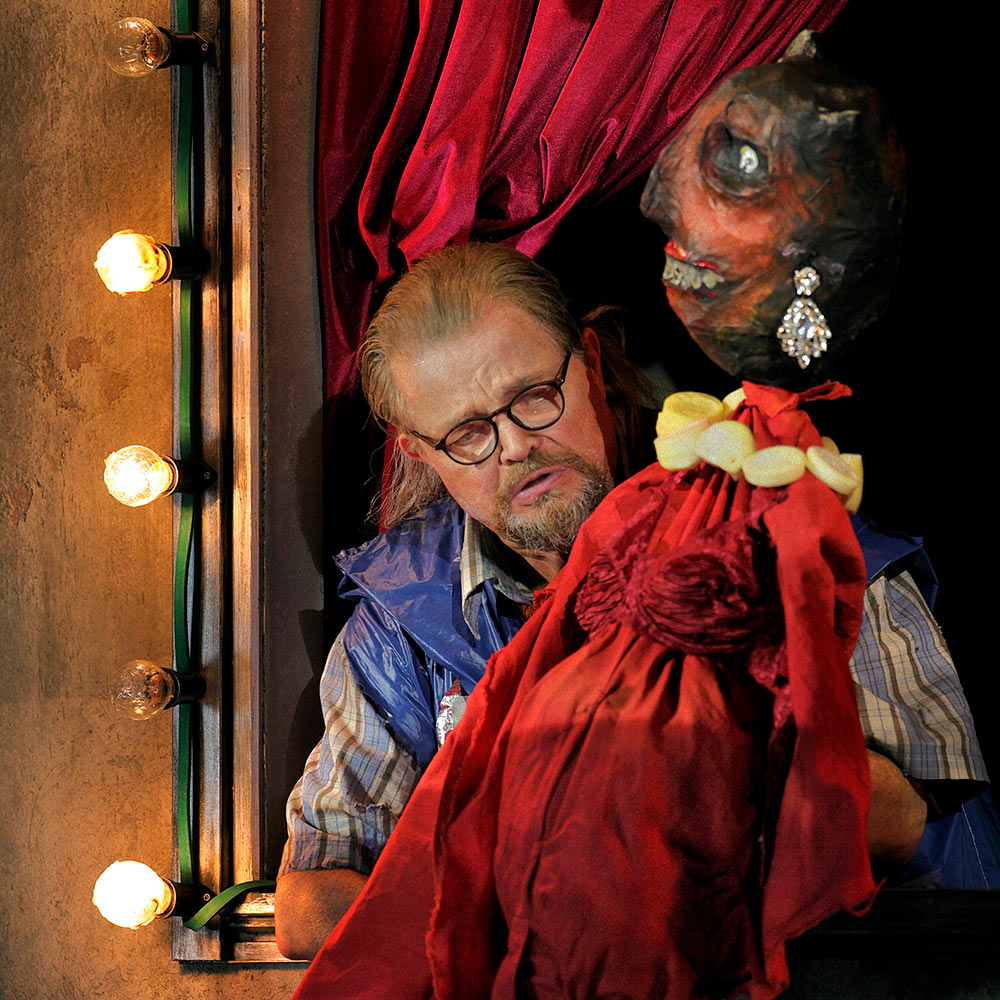 Incoherence may be the root problem, or at least a problem that takes us closer to the root. Some of the ideas set forth—some, rather than all—may well have merit, yet rarely do Schwarz and his team seem to have the persistence or even the attention-span necessary to pursue them. A claim might be put forward, I suppose, for an aesthetic of incoherence. Dramaturge Konrad Kuhn makes the claim in a programme note that ‘time and again, we encounter inconsistencies and contradictions in the Ring’. I am tempted to reply ‘speak for yourself’, but to an extent, it may well depend what one means. Rarely if ever are they straightforwardly ‘inconsistencies and contradictions’. The different standpoints presented, the dramatic and intellectual antagonisms put forward, the questions presented that are bigger than any possible attempt at answering them: these are part of what makes the Ring so extraordinary, so powerful, so life-changing a work. They are not signs of ineptitude, of carelessness, or some other shortcoming. This frankly slapdash attitude, however, does seem to inform what is set before us. It is not a matter of taking Wagner to task, of seeing how far a line may be pushed, but apparently of becoming bored with him and the challenges he sets us. It is a point of view, I suppose, or better an attitude or malaise; unsurprisingly, it offers little support for even a one-sided attempt to stage his most ambitious work.

Siegfried opens in the same house in which we encountered Siegmund and Sieglinde, neither the first nor the last time when we return to the same location yet seek in vain a reason for having done so. Mime has done it up for Siegfried’s birthday party, ready to present a puppet show. If, like me, you are always intrigued by the possibilities of puppets and puppetry, you might have thought this augured well, I suspect you would soon have lost interest, when they were barely used—though perhaps not quite as quickly as the director. Having resolved to do without a sword in Die Walküre, or indeed Das Rheingold, Schwarz has Siegfried find one here concealed within Mime’s walking frame (which he does not appear to need). Since it is already there, never having been broken, the not inconsiderable time in words and music taken to reforge the sword requires something else on stage. Alas, none is forthcoming.

The second act takes place in Fafner’s expensive looking residence, irrespective of the changes in location required. Again, the starting idea does not seem unpromising. Various claimants to his wealth come to visit the giant-dragon (neither, in fact) to persuade him to leave it to them. Wotan, Alberich, Mime, Siegfried (in his way) all pay their house calls. Fafner’s carers do what needs to be done, the theme of abuse continuing to play out in his treatment of a female nurse who turns out to be the Woodbird. The other carer seems to be an adolescent version of the dark-haired boy from Das Rheingold. My speculation that he might turn out to be Hagen has been vindicated, though the symbolic identification Schwarz made between him and either the gold or the ring appears to have been dropped entirely. Siegfried has his sword but cannot be bothered to use it to kill Fafner; instead he throws him out of his chair and has Hagen strangle him to finish him off. Siegfried does use it on Mime, though. It looks at one point as if Siegfried and the Woodbird might go off together to further one part of his education, but instead he and Hagen run out together into the world, whilst the Woodbird returns to drop an item of clothing on top of her abuser as the curtain falls. 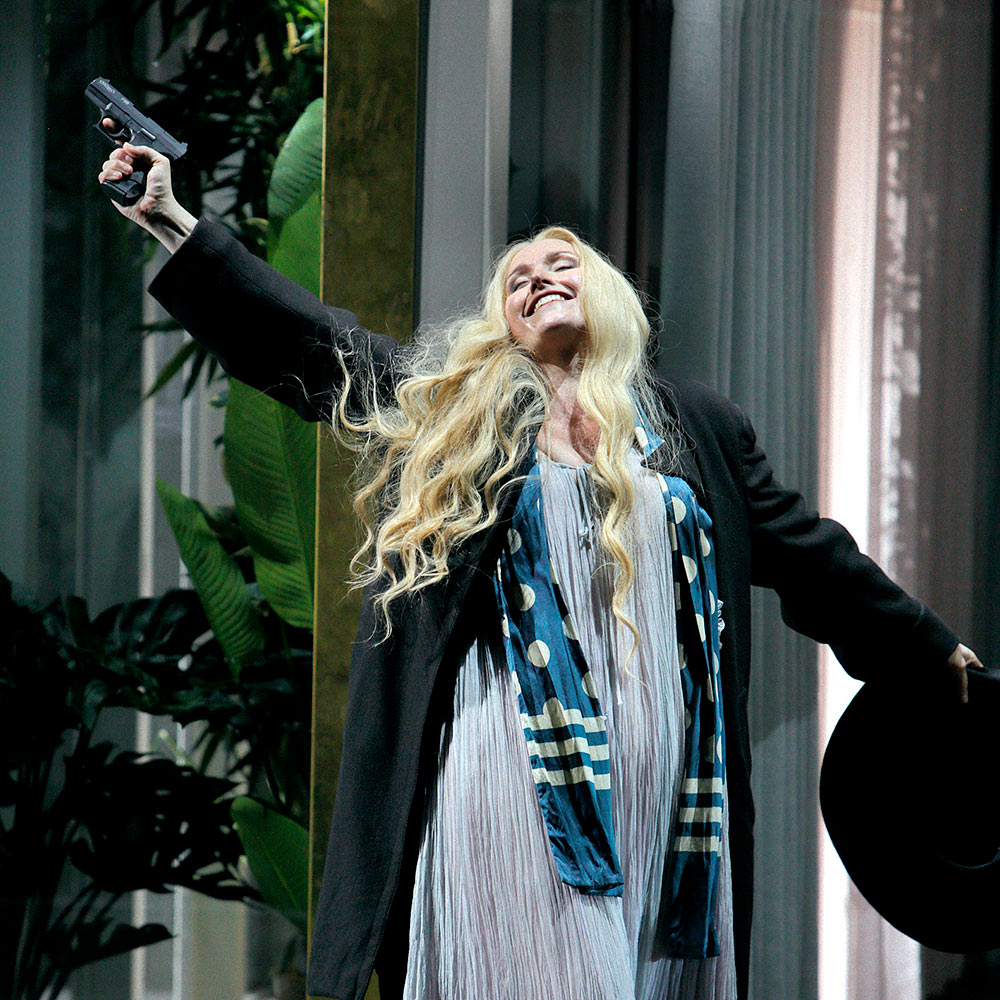 What should probably be the most decisive scene in the entire Ring, Wotan’s abandonment of Fate, quasi-identified with Erda, went for almost nothing, at least scenically. Another character, female, was present: a Valkyrie, a Norn, the girl Erda was chaperoning in Das Rheingold? Who knows? Increasingly, I was tempted also to ask: who cares? Hagen mostly sticks with Siegfried, who bullies the poor boy semi-insistently; until he does not, that is, disappearing at some point—I did not notice when—following the ascent to the mountain-top, which confusingly appears to be an adapted Valhalla. Nothing much else happens thereafter, though Grane-as-PA returns to compliment Brünnhilde on her new hat. Eventually, the work comes to a close. 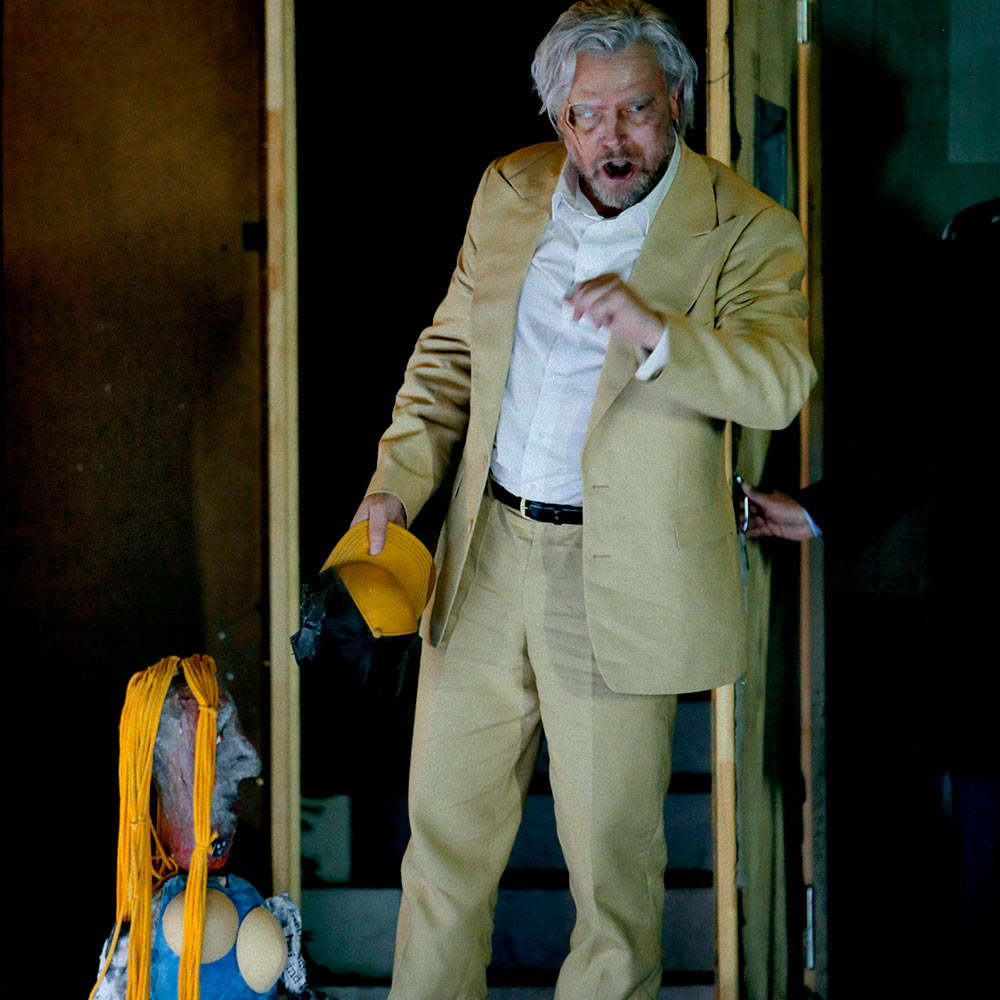 Cornelius Meister and the Festival Orchestra

Again, Cornelius Meister and the Festival Orchestra impressed. Meister’s discernment of the Ring’s architecture comes through unfailingly yet unobtrusively. If only some of this could have rubbed off on the production team. (I think as much of the dramaturge’s silly claim about inconsistency as in the inconsistencies and non sequiturs that play out visually. How well do they actually know the work?) Dynamic range was considerable, always with good reason, and never to the detriment of the singers. The theatre and covered pit help, of course, but they can only do so much. 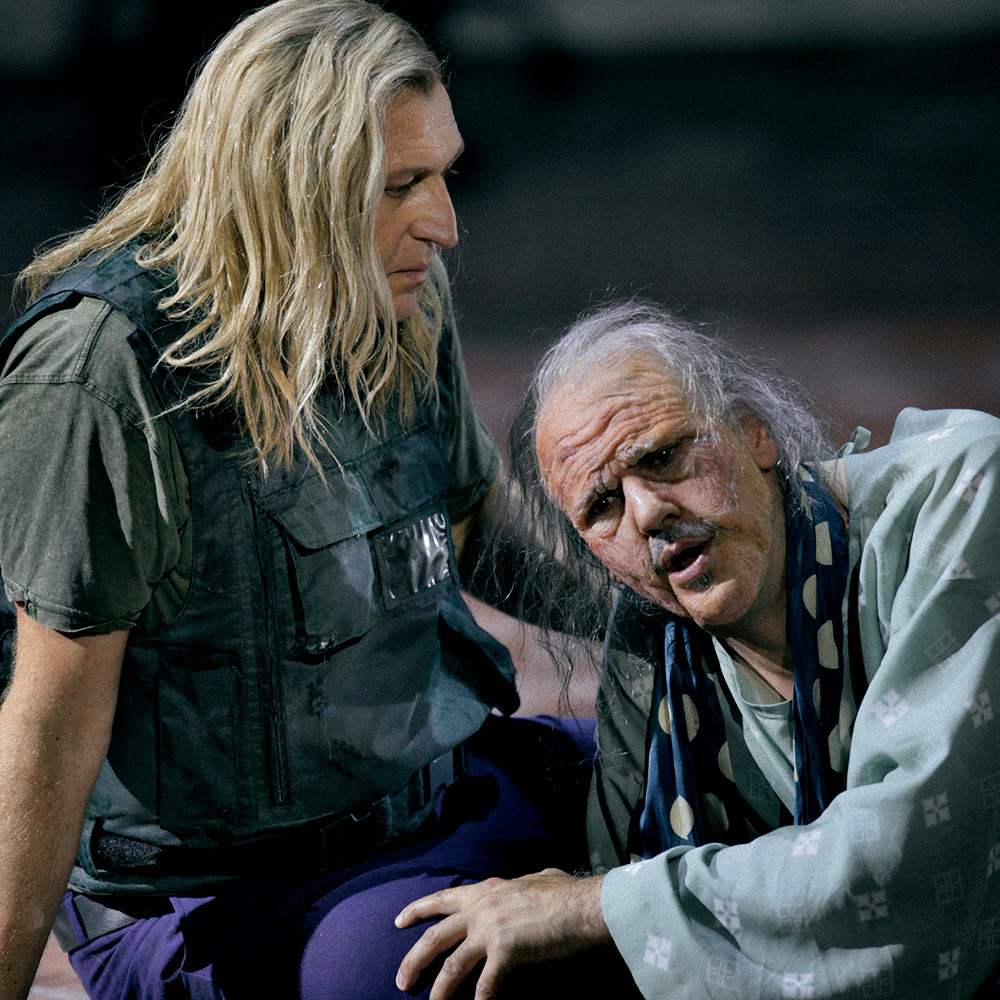 Andreas Schager’s Siegfried is for many of us a known quantity. On first hearing, it seems miraculous: at last someone who can sing this well-nigh impossible role and draw on seemingly infinite vocal resources to do so. None of that has changed—and we should all be thankful that we need no longer endure performances from singers who are simply not up to the job. Is it unfair to wish for something a little more, some greater verbal subtlety? Probably, yet in the absence of anything compelling from the production, I found myself doing so. Almost certainly, in fact, given the onstage chemistry shown with Arnold Bezuyen’s intelligent, wheedling Mime—who, for once, one never started wishing would emerge victorious.  Tomasz Koniezcny and Olafur Sigurdarson continued to prove themselves as the Wanderer and Alberich, the latter in particular never putting a dramatic foot wrong. This is fine singing, by any standards.

I initially thought Wilhelm Schwinghammer’s Fafner a bit underpowered, but then realised that was not his fault; the lack of a cave and thus of any sort of projection just leaves him to himself. It is a perfectly intelligent performance on its own terms, let down by the staging. Okka von der Damerau’s Erda likewise deserved better, much better, yet could not be faulted on vocal terms. Likewise Alexandra Steiner’s Woodbird and Daniela Köhler’s Brünnhilde. The latter’s gleaming tone and sheer relish for what promised to be new life offered both succour and inspiration.