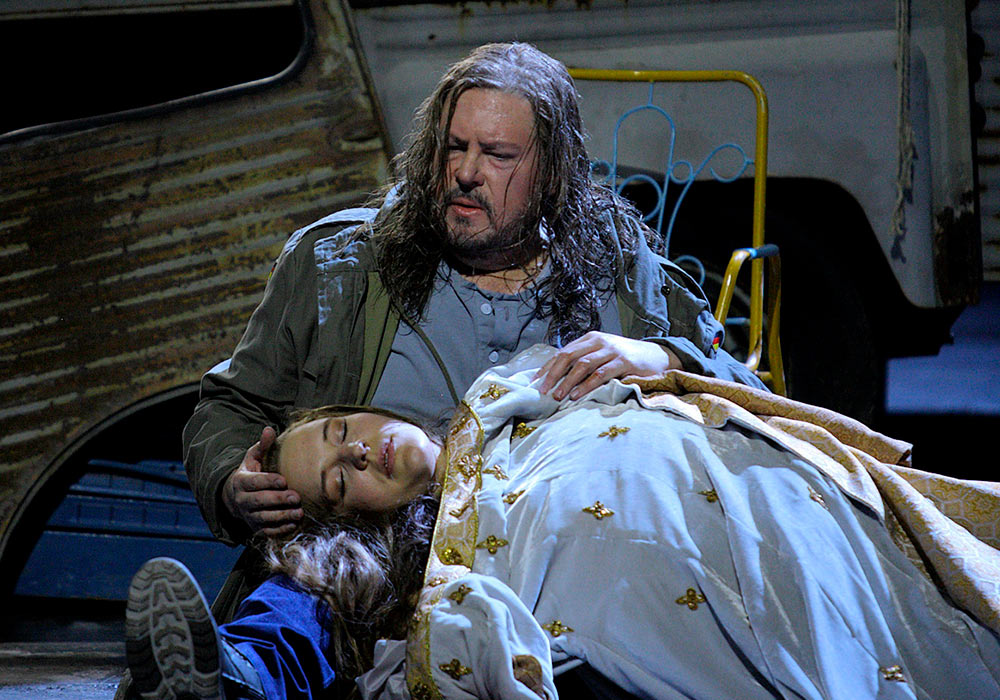 Eight years after I last saw Tannhäuser at Bayreuth, in Sebastian Baumgarten’s truly bizarre production, came the highlight, for me at least, of this year’s Festival: Tobias Kratzer’s new staging, conducted not by Valery Gergiev, as expected, but in a last-minuted substitution, Christian Thielemann. Not only was this unquestionably the best staging I have seen of the work in years; not only was it the best Wagner I have heard from Thielemann since the very first time I heard him (Meistersinger, 2000); it convinced me in a way no other performance and production have that there are genuine dramatic, as well as stylistic, reasons for giving Tannhäuser in its (almost) original, Dresden version.*

As the Overture plays, we see the Wartburg on film. We then see a troupe in a van – action switches between film and stage, or combines the two with outstanding skill and insight – making its way there. Or is it, perhaps, making its way from there, to the Bayreuth Festspielhaus? It could be either; after all, we are not all [cue: Anglican clerical voice] ‘in a very real sense,’ on our way between the two? Tannhäuser as clown (Stephen Gould), Venus (Elena Zhidkova), the voluptuous Le Gateau Chocolat (as herself), and the diminutive Oskar (Manni Laudenbach, surely a reference to Günter Grass’s The Tin Drum) are clearly used to a few scrapes on the road, not least when Venus splits her time between driving and entertaining her grotto guest. A pitstop at Burger King goes horribly wrong, a policeman spying Gateau Chocolat and Oskar drawing petrol from another vehicle and coming to confront the troupe after Venus has offered its update Young German motto, ‘Frei im Wollen/Frei im Thun/Frei im Geniessen/R[ichard] W[agner]’ as payment. (Or, as Don Giovanni might have put it, ‘Viva la libertà!’) In a move that clearly shocks the others, Venus puts her foot down and kills the policeman. Thus is the scene set for the nearby guest house. Oskar faces a surprise with the kitschy gnomes outside, and more seriously, Tannhäuser decides to make a break with the gang and make his own way to the Festspielhaus and, presumably, also in life.

The pilgrims, the Bayreuth audience itself, are of course on their way to a performance: his performance; at least it should be, if he deigns to turn up on time. If the fellow Minnesänger, studying their vocal scores – Tannhäuser always has his upon him – and taking the occasional sip of a local brew, are more relaxed about Tannhäuser’s return to the fold, Elisabeth, in a brief appearance, shows her true feelings, slapping his face in the wake of jeopardising the entire performance. This is the first, but far from the last, occasion on which we realise that Elisabeth is here a flesh-and-blood human being, no mere virginal saint. And then, we in the audience make a reverse progression down the hill to an interval show from Gateau Chocolat and Oskar, inflatable unicorn, fabulous new bathing costume, and all.

On returning to the house, we see a splendid Wartburg recreation set. It is the Festspielhaus after all, then, not the Wartburg ‘itself’. Elisabeth alternates between fury and arousal, as one – perhaps not Wagner – might expect. Such roleplaying, metatheatrical to a determined, in many respects deeply moving, end, divests the work of many of those problems with dramatic motivation it has often been held, not least by Carl Dahlhaus, to present. Mythology, history, performance, reception, psychological realism, and more can happily coexist, come into conflict. Is that not the very stuff of drama? And is not love, ‘whatever that means’, as the Prince of Wales once had it, always a ‘show’ too? Such is very much what Tannhäuser ‘itself’ is about, is it not?

Having narrowly missed Tannhäuser outside the Festspielhaus at the end of the first act, the troupe-as-was invades the house (on film) during the Arrival of the Guests, emblazoning the balcony with a flag declaring its Wagnerian motto. Venus deals with one of the pages so that she can take her place in the hall, whilst Gateau Chocolat and Oskar wander around the house, taking in a few images of previous conductors (Thielemann, ironically given the substitution, one of them, and much to Gateau Chocolat’s taste, and James Levine – well, the less said the better). Knowing neither her lines nor her moves, Venus must be kept in line – good luck with that – by one of the other pages. Nevertheless, she just about maintains her cover for a while, until all hell breaks loose. Shades of Ariadne auf Naxos, as two operatic worlds collide? Inevitably, but this remains its own tale. Venus sheds a layer, puts on her own show, to the shock of respectable singers and patrons. She dances, to what is supposedly Tannhäuser’s own music, to win him back, but reminds us that he never really has his own musical style; rather, he assimilates to wherever he is. Does that make him an artist, or…? You decide. He still has his score. Meanwhile, the security guard on film has alerted Katharina Wagner, who calls the police. They pause for a while before the unfurled motto, before doing what they must, and closing down the show(s).

The world-weariness, even despair, of the opening to the third act is evoked powerfully onstage – as well as in the pit – by a wasteland, in which the van has crashed and/or taken root, only Oskar remaining. (We later learn that Gateau Chocolat has gone solo, making it to the big time, her image gracing an advertisement for eponymous watches. That’s show business, we suppose.) Elisabeth still needs Tannhäuser; indeed she needs him more than ever, so much so that she has poor Wolfram dress in Tannhäuser’s clown costume. Then, and only then, can she welcome him into the van; then, and only then, and even then after a good deal of self-persuasion, can Wolfram take her. Shades of Siegfried/Gunther/Brünnhilde? Again, the suggestion is made, or at least can be, but the drama plays out on its own terms. And of course, then and only then can Elisabeth die. It is too late for Tannhäuser himself; he finally tears apart his cherished vocal score. Tannhäuser is free of Tannhäuser. And so, at the close, in a staff-sprouting miracle for our own time, Tannhäuser and Elisabeth are united at last, resurrected, as is the van, in which they drive off into the sunset. Fantasy? The after-life? An actual happy ending? That, ‘in a very real sense’, is up to us. 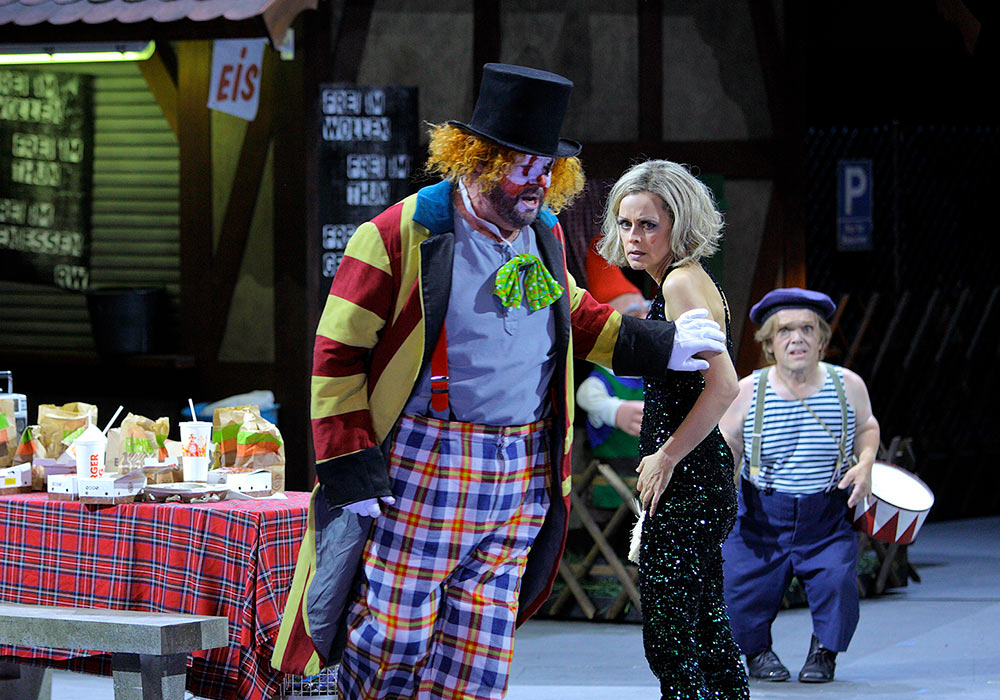 The cast responded with excellence and enthusiasm to Kratzer’s vision. Stephen Gould seemed much more at home with the conflicts and opportunities presented by Tannhäuser than he had in Tristan (equally well sung, yet quite without agony). Lise Davidsen’s Elisabeth was as poignantly human as I have ever seen or heard the character – and equally possessed of vocal power, wisely dispensed. Elena Zhidkova grasped the nettle of this particular Venus with everything she had, and made the role her own, ably assisted by her fabulous assistants. If I say that I found Markus Eiche’s Walther every bit as moving as Christian Gerhaher’s, many readers will appreciate the distinction of his performance, if anything perhaps slightly more attuned to verbal subtlety. All Minnesänger roles were sung with great distinction; if I mention in particular Daniel Behle, it is only because Wagner gives him more to do. Stephen Milling’s Landgrave and even Katharina Konradi’s Shepherd offered similarly impressive performances. 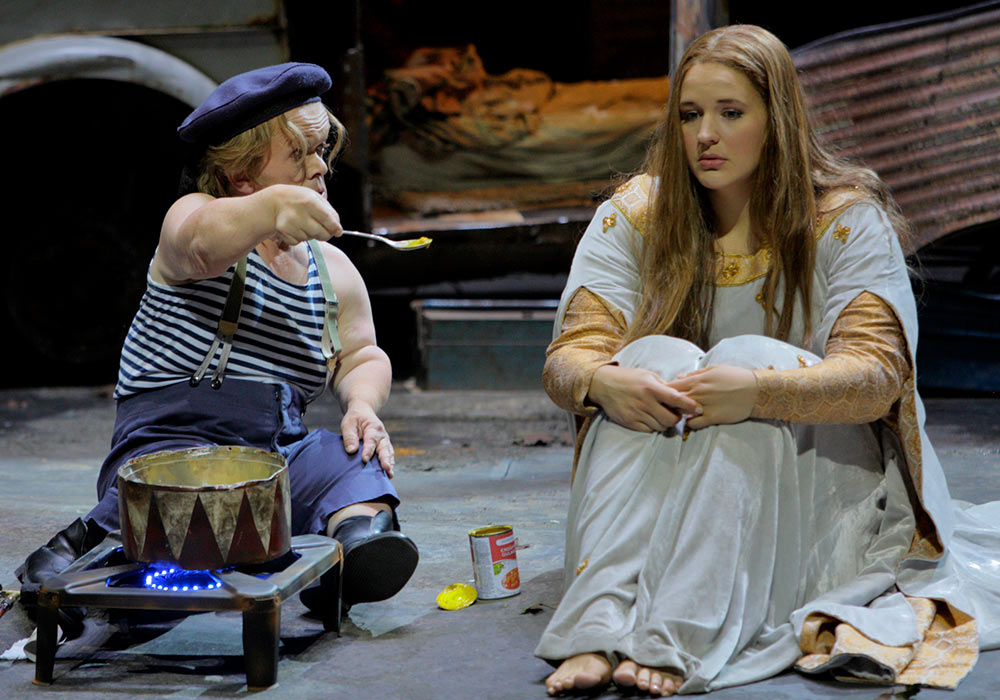 So too did the ever-excellent Bayreuth Festival Chorus, once more as distinguished in stage as in vocal terms; Eberhard Friedrich’s stewardship of these singers has not been the least joy of recent years in Bayreuth. So too, last but not least, did Thielemann’s conducting and the simply outstanding playing of the orchestra. Here, stepping in at what seems to have been very short notice, Thielemann showed none of the affectation that had sometimes detracted from his Tristan and Lohengrin. Structure became dynamic form in the moment; ‘beauty’ took care of itself, rather than being imposed upon it. And crucially, both he and Kratzer, who had previously directed a different version*, demonstrated their belief in the coherence and singular interest of the ‘Dresden’ Tannhäuser. Not once – well, save for the lost Bacchanale – did I miss what was ‘not there’. When I heard the musical drama turn otherwise from what is imprinted on my memory, it was unarguably right at that moment and in this context for it to do so. Thielemann, it seems to me, not unlike Simon Rattle, fares best when presented with a challenge. To this challenge, to these challenges, the assembled company rose with excellence. A happy ending, then, indeed, for an ultimately happy troupe.

* For detail on the versions – not quite what many think they are – and other thoughts on the work, please see my Royal Opera House programme note, ‘Owing the World a Tannhäuser. (Click here.) 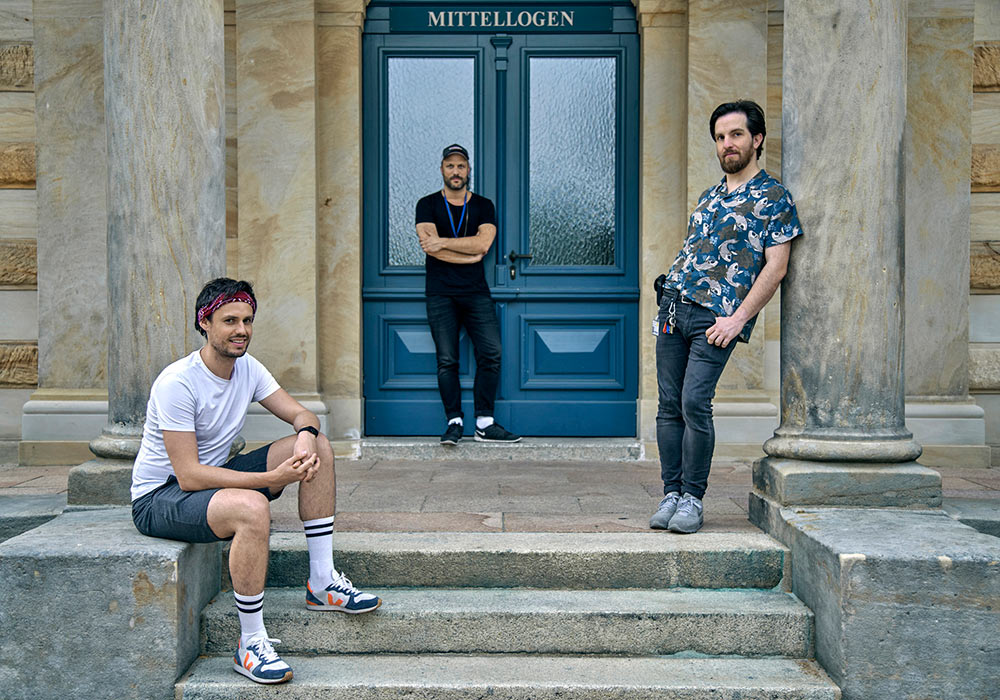