Igor Schwab as Grane (!) surrounded by the valkyries, who seem to be recovering after plastic surgery. Lise Davidsen in a blue dress to the right. (Photo: Enrico Nawrath, Bayreuter Festspiele)

It is getting worse

The boos are getting louder: not, I think, for the musicians, but for the production of Valentin Schwarz, who has yet to appear for a curtain-call. That need be no bad thing artistically, though the practice itself is fascistic; should a bourgeois audience feel satisfied with what it has consumed, it will be a disturbing outcome for art. Here, though, the open mind I am endeavouring to keep concerning Schwarz’s production is struggling a little. As a distinguished Wagner scholar said to me when I met him afterwards, ‘It is getting worse.’ On the basis of what I saw in Die Walküre, I had little choice but to agree.

Short of the framing of the action as a saga of twins, which here seems more assumed to continue from Das Rheingold than illustrated, there is little at all to point to other than strange departures from Wagner’s drama, which taken separately or together fail to amount to anything very much. Siegmund and Sieglinde are, I think, taken back by their self-discovery to their childhood, joined by ‘symbolic’ star-children. (Either that, or they fantasise about the children they will have, but I think it is the former.) There is nothing wrong with that; it makes sense. But for it to have taken place in Wotan’s godly quarters seems peculiar—imagine Fricka’s thoughts on that—as well as quite at odds with what they have just sung, without obvious reason.

It is later implied that Sieglinde, heavily pregnant throughout the first two acts, is carrying Wotan’s baby. At least I think that is why he ‘comforts’ her, whilst Siegmund and Hunding seek one another, pulling down her tights and apparently attempting to deliver the child. If not, it is a straightforward case of sexual assault, although I suppose it must have been anyway earlier. My guess would be that this is intended to enhance the parallelism between Wotan and Alberich, that both will be found to have produced children, Siegfried and Hagen, through rape. But where that leaves Siegmund, goodness knows: St Joseph with a twist, it would seem. Where, though, does that leave Hunding? He must surely have noticed. It is difficult not to conclude that Wagner’s plot would have been better left as it was.

In between, Freia’s funeral, or at least her lying in rest, had taken place. There were some germs of decent, if ultimately rather incidental ideas, here. Assuming we are still to take her as goddess of love, her death would have obvious implications (although its timing is arguably strange, given that Siegmund and Sieglinde have just met). In a Mafia-film-style mise-en-scène, a few people come to pay their respects, whilst Wotan and Fricka have their decisive confrontation. (Brünnhilde spends some of that scene in what appears to be a greenhouse. I don’t know either.) Hunding petitions the gods in person, an interesting touch. That Fricka returns at the end of the third act, after Wotan has put Brünnhilde to sleep (and made, you guessed it, his incestuous urges all too clear), suggests that she is confident in her triumph. She even wheels on a drinks trolley and offers Wotan a celebratory glass. He declines, though, so in the absence of a spear—just nothing at all, throughout—Fricka clinks together the glasses to make the requisite noise.

I am afraid I have no idea at all what happens in the Ride of the Valkyries. It veered all over the place—at least the BBC light entertainment place—from Dr Who to The Benny Hill Show to Casualty, with an apparently accidental turn for Diana Dors’s gender-reversal ‘The Worm that Turned’ series for The Two Ronnies. Sometimes the Valkyries were in charge, sometimes Wotan’s guards. There was a great deal of mobile telephone use. Perhaps it is time to call for a moratorium on those devices onstage, unless the director has a clear idea what they are for. As things stand, they seem to have become the new suitcases. 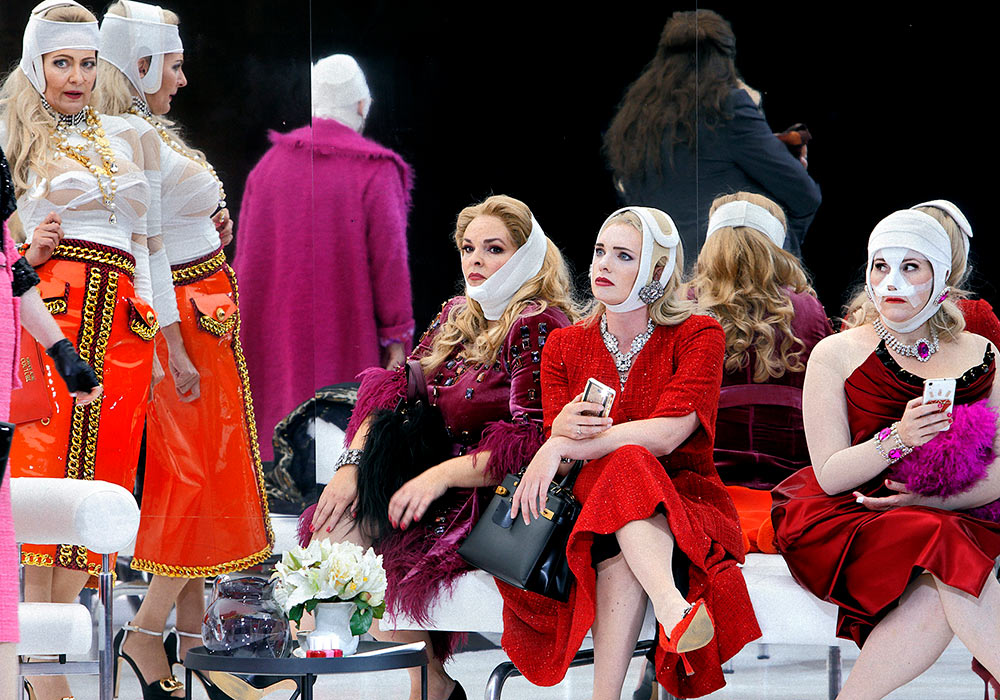 On the verge of giving up

Lack of objects when called for and introduction of obscure alternatives does little to help. I have already mentioned the lack of a spear or any substitute.   Just as the role of Das Rheingold’s dark-haired boy is more unclear than ambiguous, so is that of the strange pyramid-in-a-box, earlier seen and quasi-worshipped upon the gods’ entry into Valhalla as if a grail-refugee from a production of Parsifal. It now reappears as a repository for a pistol. Sometimes a pistol is a Notung equivalent, sometimes not; sometimes there are several. None of it makes any sense, really, and try as I might to try to piece together some sort of explanation, I am really on the verge of giving up. 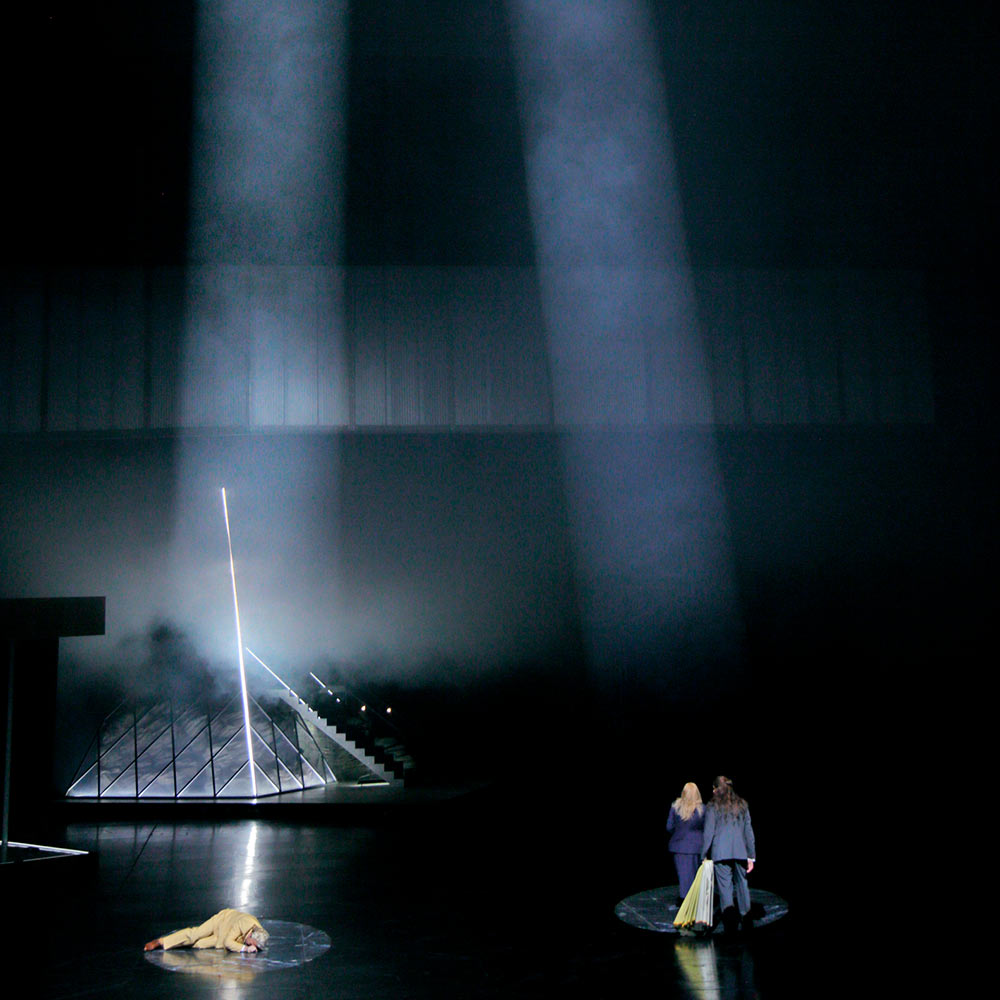 As for Grane’s reincarnation as Brünnhilde’s male, suited personal assistant, it makes even less sense when there have been a few apparently arbitrary visual references to actual horses elsewhere. Finally, there is a strong impression that the strongest acting is brought by the singers themselves to their roles. Personenregie is intermittent at best and sometimes disappears altogether in longer exchanges between characters. I suppose some of these things, minus the lack of Personenregie, might add up to something in retrospect, but I do not feel especially hopeful. 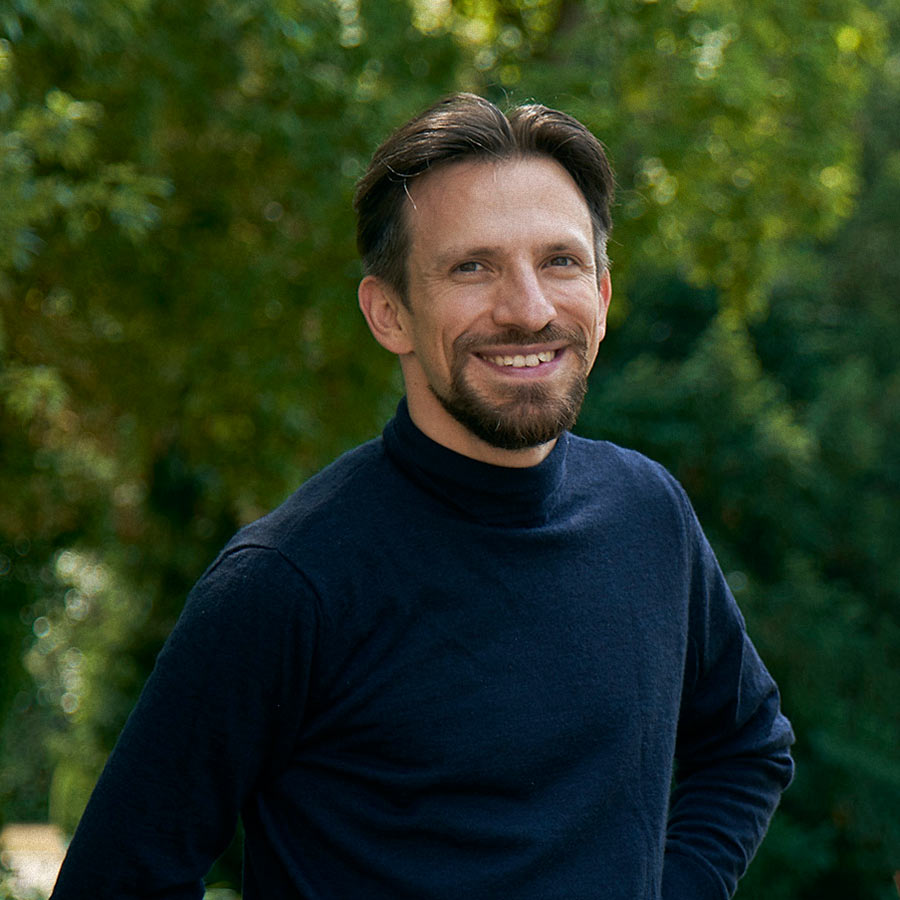 Musically, things are better, often much better. Cornelius Meister continues to impress greatly with his command of structure and detail, conveying and expressing a Wagner melos from the pit that drives and, in many respects, is the action. The sound he drew from the Bayreuth Festival Orchestra—and, I assume, to an extent, the sound its players wished to conjure too—was in some ways distant from that we might recall from old Bayreuth recordings, closer to those of other opera orchestras. Choices seem well justified to me, though, and there is no point merely trying to imitate Karl Böhm—or anyone else, for that matter. There is considerable emotional and conceptual range as the cauldron of Wagner’s Greek Chorus bubbles: quite a difference, alas, from what we see onstage.

Not, however, from what we hear onstage. Lise Davidsen’s Sieglinde was at least the equal of any I have heard. No one seems to have a bad word to say about this extraordinary soprano, and so far there seems no reason for anyone to do so. Her final peroration here, ‘O hehrstes Wunder!...’ was as vocally magnificent, riding the orchestral wave almost like no other, as it was clearly heartfelt, the culmination of a dramatic journey that now must end. Klaus Florian Vogt’s tenor will always divide opinion. Much of that is simply down to taste. Whether one liked his performance or not—and there is no getting away from the fact that its sound is very different from the baritonal Siegmunds we have come to expect—his was certainly a committed and, I think, highly likeable performance. Georg Zeppenfeld’s Hunding offered a masterclass in the role, everything present and correct, both considered and alert to the moment.

Tomasz Konieczny and Michael Kupfer-Radecky shared the role of Wotan, the former having become unable to continue during the second interval. Both gave strong performances, deeply rooted in Wagner’s text; if the ear took a little while to adjust to new sound and delivery, that was a tiny price to pay for so crucial, short-notice a substitution. Christa Mayer’s Fricka was once again first-class, fuller-throated than often one hears, and all the better for it. Iréne Theorin impressed as head Valkyrie, youthfully impetuous and headstrong, yet clearly transformed by what she had witnessed. The rest of her team was cast from depth, including a return for Mayer as Schwertleite. Had this been a concert performance, I suspect it would have moved more than it did in the theatre. This Ring, however, will continue in Wagner’s own theatre. 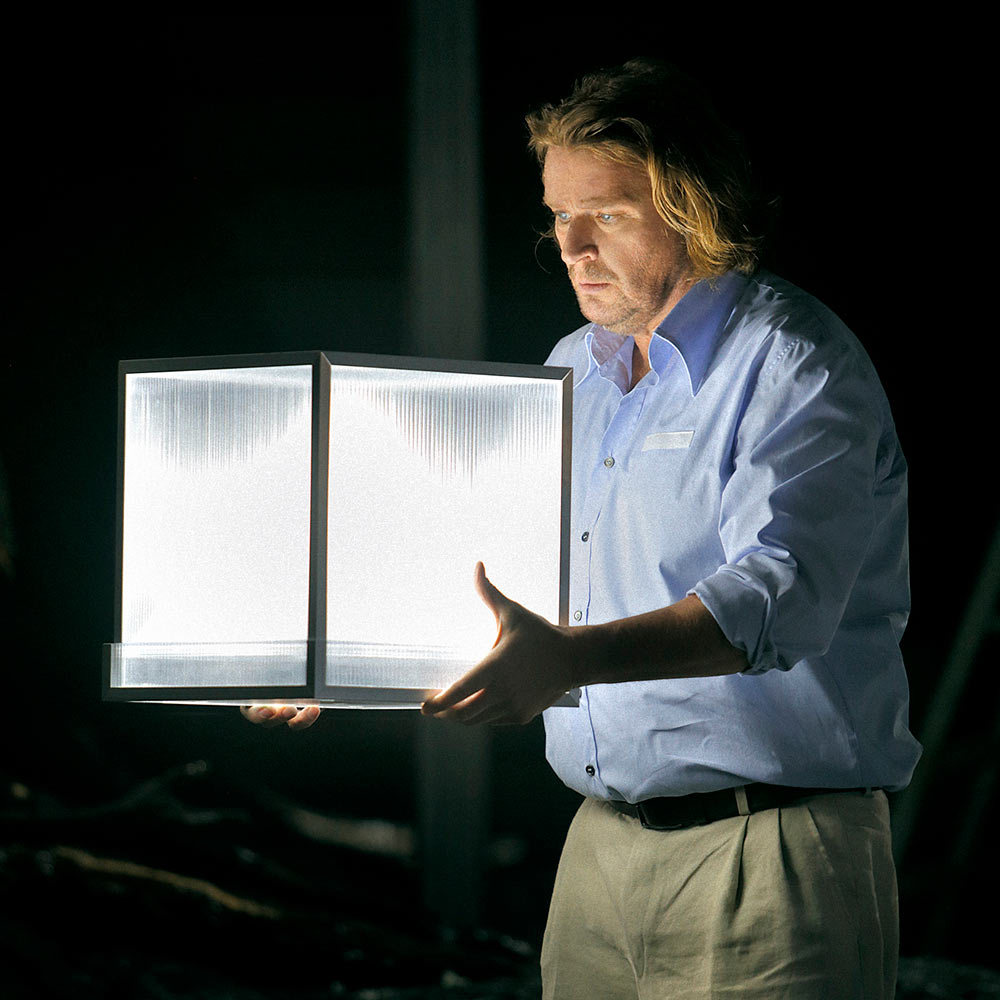