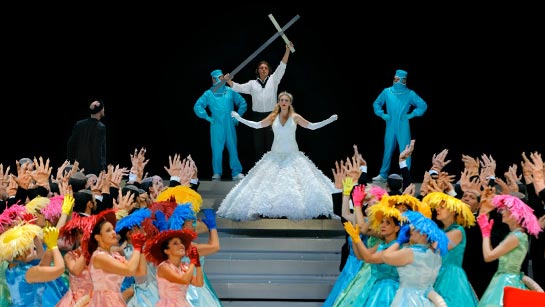 It was a relief, following Sebastian Baumgarten’s messy, incoherent Tannhäuser, to proceed to a production by Hans Neuenfels.

I am not sure that I especially liked it, nor that it engaged as closely as it should have done with some aspects of Richard Wagner’s Lohengrin, but it is anything but a mess and, unlike far too many examples of so-called Regietheater, there did seem to be evidence that Neuenfels had engaged with the music too, sensitive shifts reflecting on occasion the contours of the score. (I for one have never understood why so many directors who do not read or at least have a good ear for music are so willing to work in the opera house. It can work, of course, but it seems as problematical as a non-Russian speaker directing Chekhov in Russian.)

Neuenfels’s production, now in its second year on the Green Hill, presents an experiment. So far, so like the Tannhäuser, one might say. But, for one thing, it is reasonably clear what is going on: this is a laboratory experiment, and those experimented upon are rats – or at least, they often are, for there are times when they shed much of their rat-like appearance and resemble humans. The feet always give them away though. Lohengrin is shown during the Prelude – which opens without stage action, but eventually acquires some – trying to break into the realm of experimentation. One notices straight away the stylish nature of Reinhard von der Thannen’s designs – and one continues to notice the aplomb with which scene changes and the like are accomplished, for which unstinting praise should be voiced for those oft-unsung heroes of the opera house, the stagehands, operators of machinery, and so on. The experiment, naturally, is political in nature – though this is never hammered home. However, the darker side of Lohengrin, the nature of its charismatic hero and the way a crowd will follow him, is surely the stuff of the conflict. (That may leave us asking: are Ortrud and Telramund right to resist?) It was a pity, therefore, that we did not hear the word Führer when Lohengrin introduced Gottfried (‘Seht da den Herzog von Brabant! Zum Führer sei er euch ernannt!’) I can testify to the chilling impression it made in Peter Konwitschny’s Leipzig production. But then, the presentation of Gottfried as an embryo, casting off his umbilical cord, rather gets in the way. (Is this an attempt to show that one is not born a leader? Perhaps, but I felt that it complicated in an unhelpful manner.) 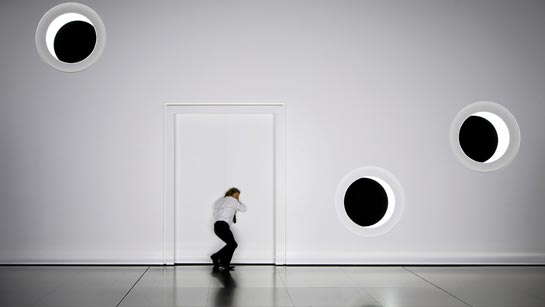 The beauty of Klaus Florian Vogt's voice is one thing, the purity another, the strength and clarity still further signal qualities, but here, in this role in particular, one truly senses something unheimlich, other-worldly. Photo: Enrico Nawrath / Bayreuther Festspiele

It is a Lohengrin one does not easily forget, though: numbered laboratory rats provide an image that lodges itself in one’s mind, and makes one think, which is just what good musical drama should do. It is also clear that Elsa does not really desire Lohengrin: she is grateful, desperate even, but the lack of eroticism is probably correct and certainly thought-provoking. One thing, however, I did not understand was why Telramund, when stealing into the bridal chamber and consequently being felled by Lohengrin, had become a rat. He did not seem to have been so before. And the question remains: who is actually running the experiment? Who is on the outside? It is, in a sense, a variation upon a perennial problem of political philosophy, never more so than in Rousseau: who is the Legislator? It seems too easy to say that it is simply the audience and yet it was not clear to me from the production what the answer might be; perhaps there were clues that I missed. In that respect, I should probably mention the strange, sickly, Amfortas-like figure of King Henry. He is clearly not in charge, whoever is. 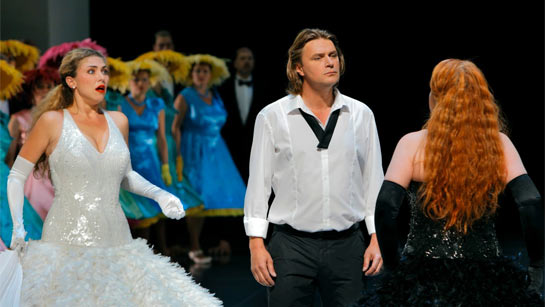 The orchestra was on fine form indeed, its strings silky and aspiring upwards in the First Act Prelude. (There was actually a minor slip here, but that merely served to highlight the excellence elsewhere.) Andris Nelsons fashioned an account of the score that was largely unobtrusive. There were occasions when his growing mannerism of slowing things down excessively and thereafter speeding up as if to compensate – almost like a giant-scale conception of rubato – manifested itself, but for the most part he proved himself a faithful guide. It may not have sounded like ‘great’ Wagner, but it was certainly good Wagner. The choral singing probably did qualify as ‘great’. I fear that I may become unduly repetitive extolling the excellence of Eberhard Friedrich’s chorus, but the extolling really needs to be done. And to think, all the time, the chorus members had to act their roles as individual rats too. 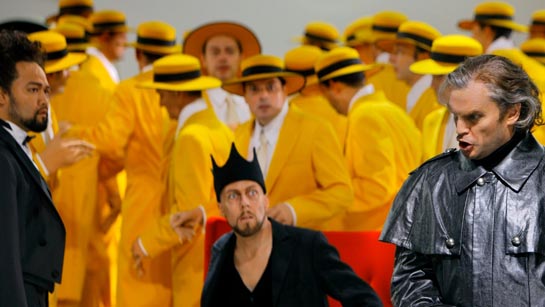 Astrid Weber was a late replacement for Annette Dasch’s Elsa. In the circumstances, one should not be unduly harsh, and it is true that she improved as she went on. However, much of her first-act singing was wobbly and unfocused. It was difficult, moreover, to distinguish more than a few of the words she sang (an especial problem, given Bayreuth’s lack of titles). Petra Lang, by contrast, was a magnificent Ortrud. Had I not heard – and equally importantly, seen – Waltraud Meier in the role, I should have been even more awestruck. As it was, she built up to a terrifying, blood-curdling climax at the tragic close, which even rivalled Meier.

Tómas Tómasson and Samuel Youn were adequate as Telramund and the Herald, though far from memorable. Georg Zeppenfeld, however, showed us an intriguing Henry the Fowler, powerful in his suggestion of diseased decadence: quite different from the norm, but compellingly so. Two of the nobles, Rainer Zaun and Stefan Heibach, I had heard earlier in the day in the Ring für Kinder. I was delighted to see such talented artists performing in the ‘main house’ too. 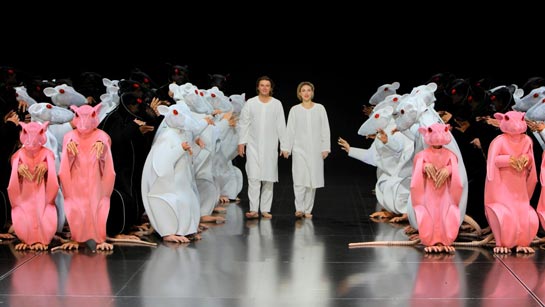 It is a Lohengrin one does not easily forget, though: numbered laboratory rats provide an image that lodges itself in one’s mind, and makes one think, which is just what good musical drama should do. Marriage anno Bayreuth 2011. Klaus Florian Vogt and Annette Dasch. Photo: Enrico Nawrath / Bayreuther Festspiele

That leaves the staggering Lohengrin of Klaus Florian Vogt, every bit as impressive as when I saw him in Berlin, in Stefan Herheim’s outstanding production. The beauty of his voice is one thing, the purity another, the strength and clarity still further signal qualities, but here, in this role in particular, one truly senses something unheimlich, other-worldly. It delights, coldly seduces in its (apparent) honesty, and yet it chills – which fits superlatively both with work and production. When shall we hear Vogt in a major Wagner role in London? Yesterday would be too late. 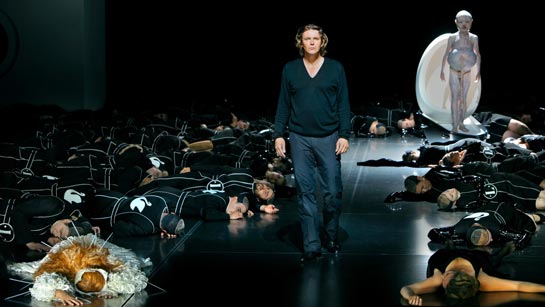 The end or the new beginning? The final tableaux in Hans Neuenfels' production of Lohengrin at the Bayreuth Festival. Photo: Enrico Nawrath / Bayreuther Festspiele