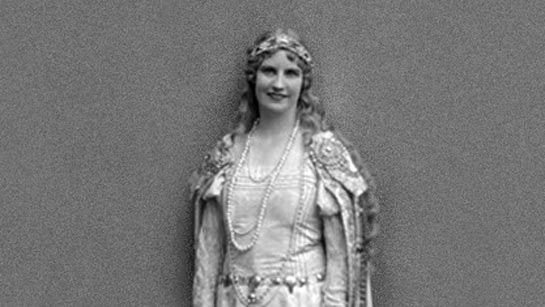 Kirsten Flagstad, by many considered the greatest dramatic soprano ever, created a huge sensation when she made her debut at the Metropolitan on 2 February 1935. At Metropolitan she sang all the great Wagner roles. After the war she had great success at Covent Garden, where she sang 1948-52. She made numerous recordings.

Her decision to stay in occupied Norway during the war made her unpopular in the Unites States. Rudolf Bing invited her back to sing at the Metropolitan in 1950 to protests from people who erroneously thought she was a Nazi.

Flagstad was a dear kind colleague. Very helpful on stage. She was not the greatest actress, but compensated for that with the expression of her face - and her poise. Despite her stoutness - and it was all muscle, no fat - she had such dignity, and a marvellous face. She radiated personality: the personality of the role, by her face and her voice. Singing with her one had a constant wish just to listen to this glorious voice during a performance. Some artists sing certain phrases in such a way that you always associate that music with one singer. That is true for me about some phrases of Isold's music; they are always Flagstad.
Hans Hotter in Penelope Turing: "Hans Hotter - Man and Artist"