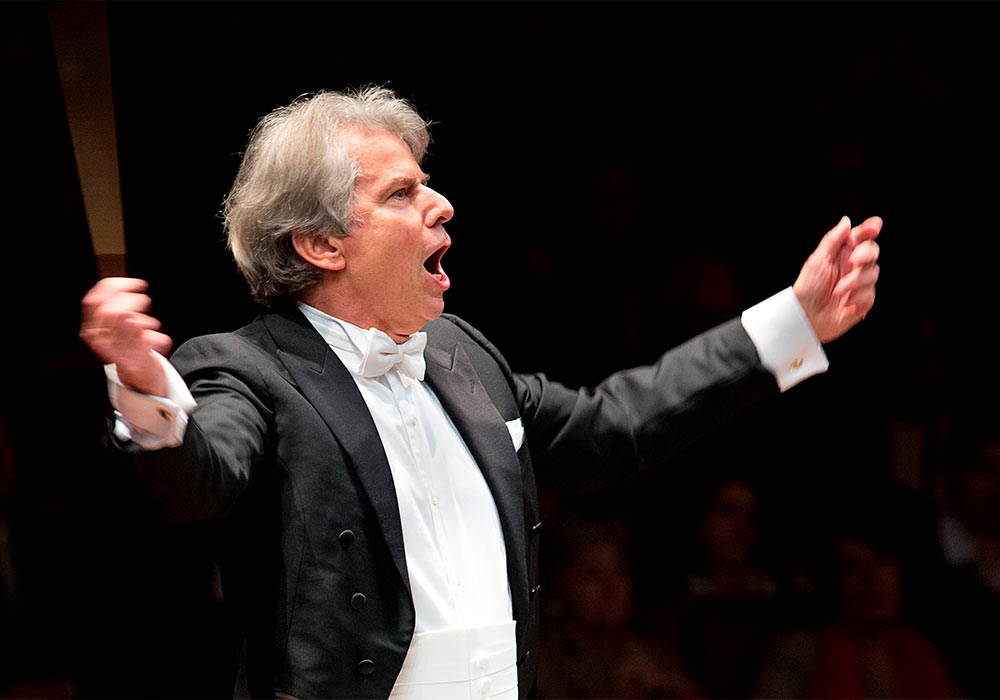 Hartmut Haenchen's high intellect and musical integrity have secured his place in the forefront of musical life. Born in Dresden in 1943 he was raised in the post-war German Democratic Republic. Despite the severe restrictions imposed by the former East German regime, Haenchen was granted special permission to work with the West’s finest ensembles, including the Berlin Philharmonic and the Concertgebouw Orchestra.

In 1986 he moved to the Netherlands and was appointed Chief Conductor of the Netherlands Philharmonic and Chamber orchestras, and Music Director of Dutch National Opera. His breadth of experience and depth of understanding have won respect, while audiences have warmed to the humanity of his interpretations. He is particularly renowned and respected for his readings of works by Richard Strauss, Wagner and Mahler. In October 2008 he was awarded the Federal Cross of Merit of the Republic of Germany, in recognition of his outstanding contribution to music and the arts.

Current highlights included a new production of Parsifal at the Bayreuth Festival released on Deutsche Grammophon, Tristan und Isolde and Elektra at Opéra de Lyon, and Cosi fan tutte at Grand Théâtre de Genève; a continuation of his War & Peace project and symphonic concerts throughout the world. He is also embarking on an Bruckner series, with plans to conduct all the Bruckner symphonies in the new critical edition.

Haenchen has forged close relationships with many of the world’s leading opera houses. His thirteen-year tenure as Music Director of Dutch National Opera was distinguished by his wide-ranging choice of operas by Berg, Gluck, Handel, Mozart, Mussorgsky, Puccini, Reimann, Shostakovich, Strauss, Tchaikovsky, Verdi and Wagner. He enjoyed critical success conducting Wagner’s Ring directed by Pierre Audi. Available on CD, DVD and streamed online, the cycle was revived for the 2013 Wagner bicentenary. Other recent productions in Amsterdam include a new production of Wagner’s Der fliegende Holländer, released on Blu-ray/DVD.

Hartmut Haenchen has made over 130 recordings with different orchestras for Berlin Classics, Capriccio, EuroArts, OpusArte, Pentatone, Philips, Sony Classical, Vanguard and ICA Classics. These include a substantial discography with his former Kammerorchester Carl Philipp Emanuel Bach, including several award-winning recordings. His most recent release, a DVD of Mahler’s Symphony No. 6 on ICA Classics – was awarded a Diapason d’Or, while his disc of Mozart’s last symphonies (Kammerorchester CPE Bach / Berlin Classics) has received many awards.

2017 the Magazin OPERNWELT awarded him as "Conductor of the year" Haenchen is also the author of many books on music, including important studies of Wagner and Mahler, as well a of performance practice in the 18th Century (Werktreue und Interpretation, Pfau-Verlag just released the extended 2nd edition). Hartmut Haenchen also features in a documentary – The Skies Over Dresden – broadcast both on TV and as part of the Netherlands Film Festival. This documentary won the golden palm award at the 33rd International Festival of Film on Art, Montréal.