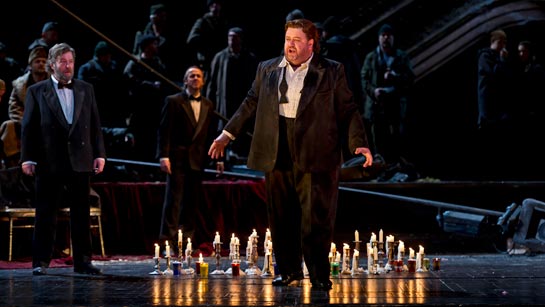 Above all, this return to the Royal Opera House of Tannhäuser proved a musical triumph. Semyon Bychkov’s conducting was superior even to that of his Lohengrin last year.

Bychkov generally took his time, but the score never dragged, given that Wagner’s long line was ever secure – bar the odd occasion when abruptness cannot quite be ironed out of the score. Climaxes were sparing and therefore all the more powerful when they came. Perhaps most importantly of all, the Orchestra of the Royal Opera House was on superlative form. Brass onstage and off were weightily impressive without brashness. The woodwind choir evoked a Middle Ages that may never actually have existed, but certainly did in Wagner’s imagination. As for the strings, one might well have thought them from Vienna, so beautiful was their sheen. Equally fine was the chorus and extra chorus, properly weighty of tone without undue sacrifice to verbal meaning; Renato Balsadonna had trained them very well.

The cast was excellent too. Johan Botha is that rare thing, a dependable Heldentenor. His interpretation might not be especially novel or variegated, but the vocal reserves on which he can draw seem endless. It is a tough, far from grateful, role to sing, yet Botha surmounted its challenges commendably. Christian Gerhaher’s Wolfram could not have been more highly contrasted, providing for an unusually stark dramatic contrast between the characters. This was as variegated, as Lieder-like, a performance as one could imagine – and then more. The sheer beauty of his tone was breathtaking, but even more so were his vocal shading and verbal acuity. I do not think I have ever heard the part, not least ‘O du meiner Abendstern’, so sensitively brought to life. Volume was much less than that of his antagonist, but miraculously one could hear every word; indeed, one might have taken dictation. 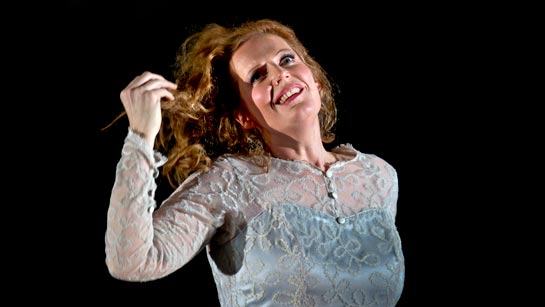 Eva-Maria Westbroek presented an unusually vivid Elisabeth. Saint she might become – though this, not unreasonably, was downplayed – but one could never doubt her very real human desire. This Elisabeth stood closer to Sieglinde or Brünnhilde than would generally be the case, shedding refreshing light upon a character who can readily tend to the implausible. Michaela Schuster dragged Venus – as does Wagner in this ‘Paris’ version of the score – towards Kundry: a powerful, insinuating, yet indubitably feminine portrayal. I have admired Christof Fischesser in a number of roles in Berlin, mostly at the Komische Oper; he did not disappoint here, offering a younger sounding Landgrave than one often hears. The ‘supporting’ cast generally impressed too; special mention should go to Jette Parker Young Artist, Steven Ebel, as Heinrich der Schreiber. The one emendation to the ‘Paris’ version was the reinstatement from Dresden of Walther’s song, quite justified by Timothy Robinson’s rendition. (It was only originally omitted on account of vocal inadequacy.)

I preferred Tim Albery’s production to his Flying Dutchman, though I suspect that this may have been by default. By that, I mean that Albery’s concept of cosseted creativity in the Venusberg, symbolised by a reproduction of the Covent Garden stage’s own proscenium, liberated by release into the outside world, symbolised by a vision of Elisabeth bidding Tannhäuser return, seemed soon to run out of steam, permitted the music more or less to speak for itself, which may not have been the intention. 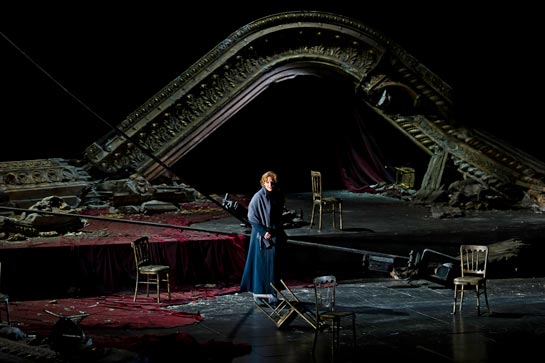 I could not understand the relevance for the song contest and the third act of what seemed to be an Eastern European warzone, for which Michael Levine’s set designs and Jon Morrell’s costumes were finely accomplished, but it was not difficult simply to disregard the setting and concentrate upon the work. Nevertheless, the Venusberg to valley transformation worked very well. Jasmin Verdimon’s choreography tied in extremely with the Bacchanale’s frustrating attempts to climax, the dancers lithe and accomplished, whilst the new scene both contrasted with and retained something of the phantasmagorical effect. I was intrigued to find myself asking how ‘real’ this new world actually was – above all for Wagner. However, whilst the addition of distant Mahlerian cowbells was certainly evocative in a far from unwelcome modernistic fashion, I am not convinced that the experiment should be repeated.