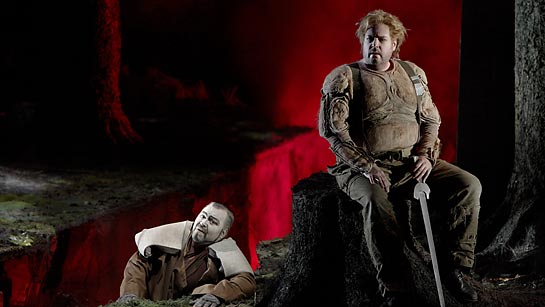 This is an excerpt with Richard Wagner related Q&As of Jim Pritchard's interview with Stephen Gould that has previously been published by Seen and Heard. Republished with permission. Read the whole interview here. MusicWeb International's Worldwide Concert and Opera Reviews: Homepage

Obviously Tannhäuser is a signature role and he is making his name in singing testing roles such as these; the Florestan he began with and others such as Paul here now at Covent Garden and the Siegfrieds in the Ring cycle. I wondered how he felt about this.

When you are tall and fat they tend to stick you in this stuff (laughs). When I was in musical theatre I did a lot of comedy that I loved but unfortunately with the repertoire I do now I doubt there will be anything other than Sturm und Drang.

The preparation in Linz got that music into my body and into my voice and for me Tannhäuser is not really that difficult to sing. It suits me and so does Lohengrin but where really I met my match was with the Ring and the role of Siegfried. It was quite a shock to find that Wagner had created an absolutely different style of singing. On the page Siegfried doesn’t look that daunting – just long – but when I did it I realised how impossible it is to have an absolute success as Siegfried. It requires three different tenor voices, incredible stamina, and no matter how well you do it you will have two-thirds of the audience not liking you – one-third want only baritonal heft, others only want a steely sound coming out, whilst the others want an extraordinarily youthful Windgassen sound.

Stephen Gould as Siegfried not being very kind to his foster father Mime (Gerhard Siegel) in Act 1 of Siegfried. Photo: Enrico Nawrath

All of them will have their favourite tenor who they believe never made a mistake and this is not true. I have to thank Wolfgang Wagner for telling me that before my first Siegfrieds in Bayreuth in 2006. I’ll never again sing my role debut at such a venue like that. Thielemann talked me into it but I soon realised that by doing both Siegfrieds for the first time in Bayreuth with the director, Tankred Dorst, who was a very sweet and wonderful man but had no idea what he was doing, there was no way I had a chance.

Wolfgang Wagner to his credit saw this and his way of dealing with it was to insist on us sitting down alone one day and he just started telling me stories for almost 15 minutes – (in a heavily accented Wolfgang-like voice) ‘Max Lorenz, wonderful, wonderful  man, had no rhythm whatsoever’ and things like this. He also gave me a recording of Windgassen’s first Siegfried in Bayreuth and he leaves out 8 of the high As in the forging song. He just left them out and did not sing the phrases because he knew he wouldn’t obviously make them. If I did that today I would be booed off the stage. So Wolfgang helped me a lot and it was his way of saying that all these tenors fought with this role and that I should stick with it. We all hear stories about Bayreuth but that shows its true heart.

When I think about critics I remember a quote from a big German newspaper about Lauritz Melchior’s Parsifal in his first year in Bayreuth and in English it said ‘A singer by the name of Lauritz Melchior sang the role of Parsifal - it is not necessary to remember his name since you will never hear of him again’.

Bayreuth is still a special place but a lot of the audiences have become almost impossible and maybe their expectations are too high after waiting 10 years for a ticket and all the expense of getting there. It’s also hard to get the best singers and the star conductors. It is still the greatest orchestra you are ever going to hear play Wagner and the chorus is beyond sublime. I learned an awful lot there. Yet one area it has gone down is in the coaching because there does not seem to be enough people there with the incredible experience that there once was. This is mainly because the opera houses don’t treat them with the respect they should because too many are being run as a business and not as an art form anymore – and that’s my personal belief.

I believe Katharina and Eva Wagner-Pasquier will be good for Bayreuth but people must give them a chance. I won’t be going back to Bayreuth this summer though they wanted me to stay. I haven’t had a summer break to be with my family for 7 years and I also feel I have nothing more to learn from that Ring production. I’m certainly not stepping away from Bayreuth forever and we are talking possibly some things for the future. 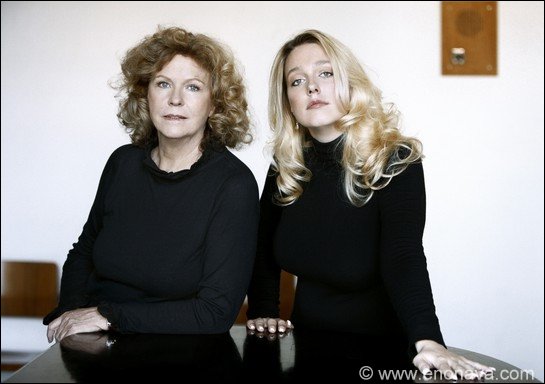 I did have a success with Siegfried in Vienna and that’s when I realised that I have to be more careful in future and that I need a very supportive director because that is part of the secret of being able to sing this piece.

I wondered what opera directors he had most enjoyed working with?

Unfortunately there are very few real opera directors around though Willy Decker is certainly one of them but it is his choice not to do much new work anymore. I am open-minded to modern theatre as long as the relationships make sense. I am fond of Philip Arlaud who although he does a lot of surrealistic stuff is a musician and understands singers. I like Robert Carsen though a lot of people do not – in the Tannhäuser I did with him we are painters not singers but those relationships made sense and at least the scenes where we were showing our paintings was symbolically correct. He definitely had something to say and helped me with some new thoughts about this role that I have sung almost 70 times now since my first Tannhäuser in Linz; that was with Stefan Herheim who is also someone I like very much.

Unfortunately also, too many directors these days disregard the voice and think that any limitations that this places on their work is wrong. Well opera is not straight theatre and if it was surely we would not need the music? Domingo for instance can ‘say’ more by standing still with one look and certain colour in his voice than many people on the stage can do in an hour.

Our time near an end,  I wondered what he would most like to sing in the future and was most looking forward to.

I’m still searching for a role that I know for 6 years has suited me to a tee and that is Samson in Samson et Dalila but that is hardly ever done and then when it is it is for one of the special tenors. Recently it was Jon Vickers and then Domingo took over the mantle and occasionally José Cura does it. Unless you are famous enough to get an opera house to do it for you it is not done very much. I want to do Captain Vere in Billy Budd one day and I’m looking forward Les Troyens at the Deutsche Oper in Berlin in 2011.

I think as far as Wagner roles are concerned that Tristan is the end of the line so to say. I think it will suit me better than the Siegfrieds did. Okay so it is a condition thing especially to get through that third act but Wagner also gives you these beautiful lines and you can get your voice under it. With Siegfried it is difficult to do that because you are often spitting out text as fast as you can. I’m doing this the right way this time, I’ll do my first Tristans as complete concerts in Brazil with a good orchestra and conductor and Violetta Urmana as Isolde. Exactly two months later I’ll be starting rehearsals for six weeks at the New National Theatre in Tokyo for the first time that I’ll do it on stage in December 2010 – I’ve learnt  a lot from my Bayreuth experience and I am going to get some performances of Tristan under my belt before the Germans get to hear it (laughs).

This is an excerpt from an interview with Stephen Gould that has previously been published by Seen and Heard. The whole interview can be read here