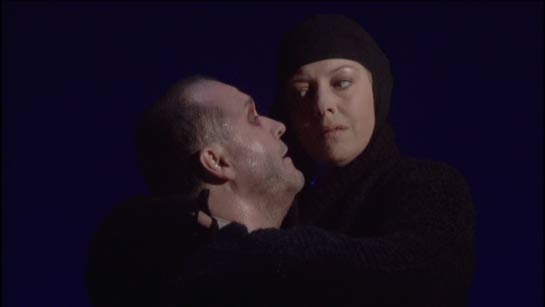 The Swedish soprano Nina Stemme is one of the leading Isoldes and Brünnhildes today. She has had tremendous success as Isolde at Covent Garden, also as Sieglinde and Brünnhilde in the Ring at Vienna State Opera. Her Isolde at Glyndebourne was acclaimed by critics and is now a best seller on DVD.

Her Isolde (2005 and 2006) at the Bayreuth Festival in Christoph Marthaler's production was a great success, but unfortunately she did not return after the second year.

"I thought my first offer of Isolde was a joke." Stemme, at that time, was more a lyric Mozartian singer than a dramatic Wagnerian. "But a seed was planted. I went away and studied the role and realised it would be possible."
Nina Stemme

Nina Stemme was appointed Swedish Royal Court Singer in 2006. She is a member of The Royal Swedish Academy of Music. In June 2008, she was awarded with the medal “Litteris et Artibus” by H.M. the King of Sweden.