The Wagner Journal July 2021 issue has been published 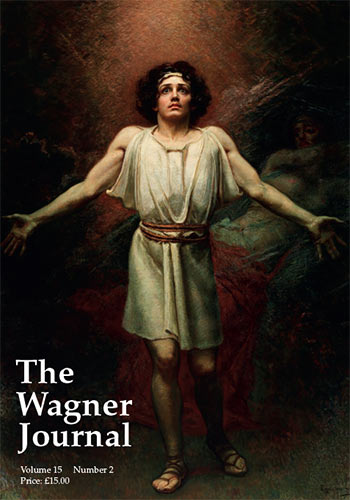 The July 2021 issue (vol.15, no.2) of The Wagner Journal has been published and contains the following feature articles:

• ‘ ‘‘A Mass can never interest, but only dumbfound us‘‘: Chorus and ‘‘Chorality‘‘ in Wagner’s Late Music Dramas‘ by John Pierce O’Reilly