Unbridled greed is a principal theme of Wagner’s Ring cycle, so it’s ironic that the greed-induced global financial crisis caused the cancellation of this autumn’s planned series of Ring cycles by The Washington National Opera. 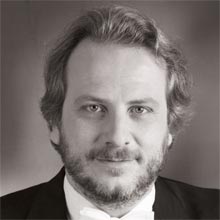 The troupe instead opted for two concert performances of Götterdämmerung at the Kennedy Center Opera House, featuring a number of singers originally scheduled for the complete Ring.

Though the first performance, on November 7 was marred by loud, monochromatic singing by its Siegfried and overly aggressive conducting by Phillipe Auguin, it was nonetheless memorable because of sterling performances by soprano Iréne Theorin, Brünnhilde, and bass-baritone Gidon Saks, Hagen.

Both singers were justifiably rewarded with enthusiastic ovations, the near-capacity audience roaring its approval as Theorin took a solo bow shortly after the opera ended.

When the Royal Danish Opera’s Ring was filmed in 2006, Theorin, that cycle’s Brünnhilde, was largely unknown to many Wagnerians. However, the cycle’s acclaimed DVD release, Theorin’s Bayreuth Isoldes and her appearances elsewhere, including Brünnhilde in Washington’s Siegfried, is creating a buzz among Wagnerians on both sides of the Atlantic.

Clad in a shimmering, black, elegant gown for the Washington Götterdämmerung, Theorin modulated her performance, singing very softly while intoning “Ruhe, ruhe, du Gott” during “Starke Scheite” and then blazing forth in the monologue’s final passages. She was just as effective in her angry, vengeful scenes in Act Two, and earlier, as she bade farewell to Siegfried near the end of the Prologue. 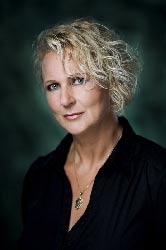 Theorin is also appearing as Strauss’s Ariadne with the Washington National Opera, including a matinee performance scheduled on November 8, a mere 16 hours after her Götterdämmerung outing.

I attended an earlier, October 28, performance of Ariadne auf Naxos, and was surprised by Theorin’s muted performance. She may have been conserving her voice for her Brünnhilde appearances or perhaps her voice is better suited to Wagner roles. In any case, her vocal marathon resulted from the company’s honoring contracts issued for the cancelled Ring cycle.

Gidon Saks was also in Ariadne auf Naxos, portraying the Music Master, and had previously appeared in Washington as Hundig (2007) and as Fafner in this year’s Siegfried. As Hagen, Saks wore a reptilian-green Nehru jacket and pegged black trousers.

His manipulative Hagen was by turns servile, unctuous, and insinuating. But like crocodiles who stalk and suddenly snap at their prey, Hagen sometimes changed moods in a flash, Saks resonant voice booming forth in the role’s forte passages, including his “Heil, Seigfried, teurer Held!” greeting in the first act. 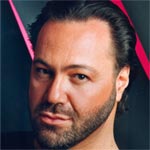 However, Saks sang “Zurück vom Ring”, the Ring’s final words, from behind a scrim but because the orchestra played so loudly, he was inaudible. Indeed, scrupulous Wagnerians in the audience thought this important passage had been cut.

Two baritones from the previous Washington Ring performances also returned for Götterdämmerung. Gunther was Alan Held, a role better suited to his vocal timbre than Wotan, who he portrayed in Die Walküre and Siegfried. Gunther is one of opera’s more thankless roles, but Held’s nuanced acting conveyed his character’s indecisiveness and torment.

Gordon Hawkins menacing Alberich was a standout in Das Rheingold (2006) and in this year’s Siegfried. However, Hawkins recent foot surgery hindered his movements and perhaps his singing, as well, as the baritone was less authoritative vocally than previously. Nonetheless, he used his cane as an effective prop during the dream sequence with Hagen that opens Act Two.

In fact, the cane was the only prop used during the performance, as characters mimed important actions such as Siegfried’s wresting the Ring from Brünnhilde. Even though this was billed as a concert performance, a few props, such as the accursed ring, the cup that Siegfried and Gunter drink from, and Hagen’s spear would have enhanced the acting. 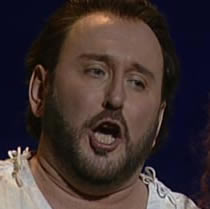 Other illnesses and cancellations have plagued recent Washington National Opera Wagner performances, and the company’s music director, Heinz Fricke, originally scheduled to conduct Götterdämmerung, was sidelined by surgery this summer.

Auguin has conducted Wagner performances at the Metropolitan Opera and elsewhere. But too often, the strings were drowned by the winds and the occasionally out-of-tune horns. Nonetheless, Auguin and the Washington National Opera Orchestra, which played from the pit, rather than behind the singers, were applauded heartily before the beginning of Act Three and during the final curtain calls. The company’s splendid chorus also won a post-performance ovation.

Among others in the cast, mezzo-soprano Frederika Brillembourg was a standout as the First Norn and Flosshilde. However, neither the Gutrune, soprano Bernadette Flaitz or the Waltraute, mezzo-soprano Elizabeth Bishop, were particularly effective.

Since the Washington National Opera’s completed “American Ring” cycle is now planned for 2013, there is ample time for director Francesca Zambello to tinker with some of the inconsistent dramatic elements that marred the three operas thus far staged (a director was not credited for the concert Götterdämmerung). And there is also time to re-engage singers who’ve contributed so memorably to Washington’s current Ring performances.